Certification, changes, and the world of B Corp 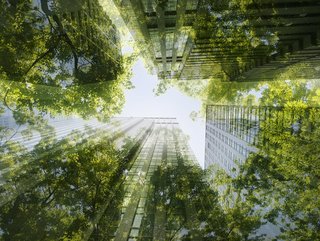 B Corp has fast established itself as one of the foremost ways of proving your ESG bona fides. But what limitations lay in store for those embracing it?

As the world of business has become more concerned with governing itself according to the principles of environmental, social, and governance (ESG) criteria, so has B Corporation (B Corp) certification become one of the leading ways in which companies can show that they are in compliance.

What is B Corp certification? In a few words, it is the most shockproof, standardised certification that a company can get to prove to customers, investors and employees that it abides by goals embedded in ESG standards – or, in the words of one advisor, that a company is “running a tidy shop and leaving no stone unturned”. Thoroughness is the name of the game, and it seeks to be a force against the tide of lip service and greenwashing.

First, a bit of backstory: B Corp certification is designed for for-profit companies and is administered by B Lab, a globe-spanning non-profit that has offices in the US, Canada, Europe, Australia, and New Zealand, as well as a partnership with Sistema B in Latin America; note, too, that it is distinct from the legal term ‘benefit corporation’, which is also often shortened to ‘B Corp’. To achieve the certification, companies are rated on a number of metrics – the five core pillars are governance, workers, environment, community and customers – and must maintain a score of at least 80 out of 100. The re-certification process must happen every three years.

Growth for B Corp certification has been brisk: since being founded in 2006, there are 5,697 certified corporations in 185 industries and across 85 countries (as of September 2022).

A noble cause, certainly, and one that’s also looking to be an enduring facet of the business landscape. But what does it actually entail? How must companies adapt their operations in order to become B Corp certified?

One commentator points out that there is a certain type of company that is more adaptable to B Corp certification: the already-arrived, established one, where operations are humming along nicely and where there is the luxury of time and excess capital that can help ensure the changes will not be deleterious to the bottom line.

Richard Johnson is an author and consultant on the subject of entrepreneurship and sustainability. He was also part of the team that helped introduce B Corp to the United Kingdom. He notes that the certification “arguably suits larger companies, with more established processes, than it does scrappy startups. The latter usually have the more ambitious impact-focused missions, but the former are very good at process and recording the good they do”.

The latter must be lean and flexible, too, something that is not necessarily in keeping with B Corp certification. Some have noted the immense accountability that comes with the process. Companies must prove they are up to standard, and the thoroughness required makes companies think about things that were hitherto off the radar – said one manager: “We didn’t have an official breastfeeding policy written down simply because it never occurred to us that it was something we would need.”

Johnson noted the importance of accountability in achieving B Corp certification, which, he said, “is as much about evidencing the good work you have done as it is the good deeds themselves”, before adding: “Companies who do lots of good but fail to keep a fastidious paper trail and record of all they do, may find they spend a lot of time going back and formalising their processes before they can certify, or may not score as highly as they hoped.”

Still, he maintains that achieving B Corp certification is an end worthy unto itself: “The act of going through the certification process is hugely beneficial in itself. The assessment is essentially a benchmarking tool that has been crowdsourced from some of the leading responsible businesses over the last 15 years. It’s like self-guided consultancy. It gives you a pretty comprehensive picture of all the things that every responsible company should be thinking about, and then tells you how you are performing compared to others/best practice - this is hugely valuable.”

The process, though, is not without its drawbacks. Arowana is an Australian-based investment vehicle specialising in electric vehicles and sustainability that can boast B Corp certification. I asked Benn Lim, the group’s chief operating and impact officer, about the limitations with which certification might be fraught. He points to the fact it’s time and resource intensive as well as the bottlenecks that have become more common as certification has become increasingly popular.

Lim notes the limitations on operations: “Undertaking the B Impact assessment requires a company to commit time and resources – the return on invested time is not immediately evident. Furthermore, attaining B Corp certification is a deep-rooted change in management process that requires stakeholder management and buy-in at all levels within an organisation.”

Speaking on the inherent bottlenecks, he mentions that Arowana’s certification was delayed by twelve months, “because of the sheer volume of new companies on top of those recertifying with B Lab”.

Despite this, there is no doubt in his mind that it was worth the effort: “Securing and retaining B Corp status has undoubtedly made us more competitive.

“What has been particularly noticeable is the increasing number and quality of unsolicited inbound requests for engagement, from talent that wants to work for us to companies that specifically seek out investment from us over other investment firms, as well as capital seeking to co-invest with us.”