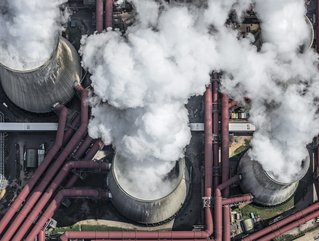 The scheme was designed so that companies would have to pay for their carbon footprints; instead they have been reaping a €100bn windfall over ten years

A recent report by the WWF has found major holes in the European Union’s Emission Trading System (ETS), which oversaw the distribution of climate permits over the last nine years. It found that €98.5bn in free permits had been dished out to heavy industrial polluters, a move that was in “direct contradiction with the polluter pays principle.”

A carbon permit allows industries to emit CO2 freely into the atmosphere despite the fact that they should, in theory, be paying the price for polluting. The ETS was first introduced in 2005 to incentivize decarbonization.

Among the heavy emitting industries that received these permits from the 2013-2021 window of time that the report investigates, were steel, cement, chemicals and aviation. None of these permits came with any stipulations that the recipients increase the energy efficiency of their operations, the report noted. Furthermore, these recipients were permitted to sell the permits they did not use to other companies, creating billions in profits for themselves.

An imbalance in purpose

The €98.5bn in permits were more than the €88.5bn that the EU charged polluters for their CO2 emissions.

According to Romain Laugier, the report’s author and a policy officer at the WWF European Policy Office: “This analysis shows that for the last decade, the ETS was based on a ‘polluters-don’t-pay principle’ – with billions and billions of foregone revenue that EU countries could instead have invested in industrial decarbonisation.

“EU negotiators should phase out free allowances as soon as possible, and in the meantime make sure companies that receive them meet strict conditions on cutting their emissions.”

Of the money that was raised from the ETS, the report noted, a full third was not spent on the climate crisis at all. The report concluded that countries receiving ETS moneys ought to be required to spend these gains on climate change-related problems and not at the sole discretion of national governments.