View Full Report
The City of Phoenix is working towards zero waste, a 100-year supply of water, clean air, and parks and transit in every neighborhood. CSO Mark Hartman...

When the Chief Sustainability Officer for the City of Phoenix took up his post in 2014 the target was to become the most sustainable desert city in the world. Five years later, Mark Hartman and the very innovative department heads across the City are setting their sights on a sustainability roadmap for 2050 to ensure progress for future generations in Phoenix.

“Back in 2016 when City departments adopted these goals we asked: ‘What kind of city do we want to be in 2050?’” explains Hartman. “Instead of thinking ‘How did we get here?’, we want to be able to say, ‘We planned to get to this place’ and this is what the perfect city looks like — our 2050 environmental goals aim to articulate those long term desired outcomes. Setting out the long-term environmental goals of zero carbon, zero waste, clean air, a 100-year supply of water, and parks and transit in every neighbourhood will drive us towards what we’re trying to achieve as a sustainable desert city.”

A big part of that sustainability journey is a series of major projects including the 91st Avenue wastewater biogas project (the largest facility of its kind in the US). “Our water department is capturing methane from our wastewater, putting it in a pipeline and generating revenue by selling it to the California green energy market. It’s a great example of finding a use for the methane from wastewater treatment. In addition to the biogas, we actually reuse nearly all of the wastewater. We’re ahead of the curve, which encompasses how we focus our approach in the desert.” Along with the biogas production, reclaimed water is also being diverted into irrigation for farming and agriculture and for cooling at the Palo Verde Nuclear Generating Station. Meanwhile, the final by-products, the bio-solids which amount to 10% of total waste, become fertilisers for non-food crops.

Hartman also notes the city’s approach to the final polishing of water has evolved. “Typically, you would just build a treatment plant before releasing it into the waterways,” he says. “Instead, we’ve constructed the Tres Rios Wetlands. It’s significant because we’re using nature to do the work for us and at the same time, it transformed this desertscape into a beautiful wetland home to 150 species of birds. So in contrast to many of our human behaviors that are slowly contaminating our ecosystem, we are being restorative and enhancing nature so that it can thrive.”

It’s not just the city’s infrastructure that is evolving. Phoenix is also supporting sustainable home development with a series of initiatives as part of its vision to have all new buildings net positive in both energy and materials by 2050. “We ran a $100,000 competition to design a beautiful home that is sustainable and near net-zero, and yet can be built at the cost of typical construction,” says Hartman, who notes that even with adherence to the latest building codes we’re a long way from buildings that need little energy to condition them. “Our planning department has posted the winning design and the detail construction drawings from Imirzian Architects on our website so anyone can download the pre-approved plans for free to build a net-zero energy home at a cost similar to current construction. And here in Phoenix, we won't charge building permit fees for the first 25 homes. It's an opportunity to encourage home buyers to think differently about the energy savings from well-insulated walls and high-performance windows.” Hartman highlights this focus also extends to government buildings. “We're doing deep energy retrofits in all of our facilities,” he says. “We've put forward proposals on three specific sites where the $30mn budget will actually be paid back through energy savings. ”

Phoenix is allied to the Covenant of Mayors, the world’s largest movement for local climate and energy actions, which has over 9,000 cities in partnership worldwide to meet the commitments of the Paris Agreement, chiefly a 30% reduction in carbon by 2025. Hartman takes inspiration from this global quest as Phoenix looks to implement new processes. “Public Works recently installed a state-of-the-art $15mn facility where we take organics and use a state-of-the-art Turned Aerated Pile (TAP) system to produce certified compost faster than other composting methods,” he reveals. “In partnership with the City’s Compost Facility operator, WeCare Denali, we're processing nearly 55,000 tons of inbound organic waste to compost which is either sold regionally, used at City parks and properties, or provided to City residents at special give away events .”

Hartman believes the biggest challenge any city faces in pursuit of its sustainability goals is to break the cycle of the human propensity to do things the way they’ve always been done. “We are reluctant to embrace change, even when we’re presented with amazing opportunities,” he says. “We're using more resources than is within the earth’s carrying capacity which is not sustainable long term. We need to start thinking about solutions to reduce waste in all of our systems, and inspire innovation to see what’s really possible.”

Collaboration is key for the ongoing sustainable evolution of Phoenix. “We’re working with established partners to help us with technology and innovation,” confirms Hartman. “For our retrofits, we’re utilising the expertise of Ameresco, Honeywell, Trane, McKinsey and Noresco. They bring decades of experience to help us achieve our goals with systems that are easy to use and operate.” These efforts are part of the city’s 2020 goals to retrofit 185 City buildings to make them 20% more efficient. “Ameresco is also running our 91st Avenue biogas facility as well as being the contractor that build it,” he adds.

What sustainability trends has Hartman identified globally, and across the US, that can support Phoenix with its 2050 goals? “I’m excited about the potential to purchase renewable energy,” he observes. “We're in a regulated environment, so it needs to be in partnership with our utilities. We’re looking at options like virtual power purchase agreements and ways you can procure energy from renewable sources that are equivalent to, or less than, current utility pricing. It is possible to save money when you buy renewable energy.” Allied to this, Hartman is keen to make these opportunities available through community solar projects by partnering with a utility to implement solar and help reduce electricity costs in lower-income areas. “We also hope to partner with Clearway Energy to provide clean electricity to the district cooling system to offer carbon-neutral cooling to downtown buildings.”

Hartman believes that, from a carbon pollution point of view, there are huge opportunities to apply the same learnings from making buildings more energy-efficient to transportation. “There’s a real move towards electrification of transportation,” he notes. “Norway’s electric vehicle sales now make up more than 70% of the market and countries like China see electrifying cars and buses as the solution to pollution.”

Elsewhere, the Street Department just completed an upgrade of its 95,000 street lights to LED. It may have cost $30mn but Hartman points out that it pays for itself out of the energy savings, with the net savings exceeding $1.5mn per year over and above the debt service cost, while providing better quality and more reliable lighting.

Another goal for Hartman is to see Phoenix move towards a circular economy: “What if all the products and packaging we purchase was 100% recyclable and everything went back to the suppliers, and then, they used them for reproduction?” He notes that the Public Works department is visionary as it was the first city in the U.S. to join the Ellen MacArthur CE-100 Network, an industry catalyst for the circular economy. In partnership with the Arizona State University, the City launched the RISN Incubator to work with early stage ventures with a focus on waste diversion and improvements in processing or utilization of waste as a raw material for new products or energy.  As of 1 May 2019, 13 new businesses have generated $4.75M in revenue, raised $3.44M in capital, created 57 jobs, launched 13 products, filed 3 patents, and provided 43 internships. “We’re working with the private sector providing feedstock and land for lease at attractive rates to  turn palm fronds into animal feed and mixed plastics into fuel... It’s exciting to look at how we can turn waste into resources instead of dumping it in a huge hole in the ground. Here in Phoenix we could fill our baseball stadium seven times with the waste we collect from residential customers. What are the resources we could take out of that seven stadiums worth of waste? Whether that’s up-cycling furniture or using plastic bags to make decking—we  need to be creative. Meanwhile, the trucks that pick up that waste travel the equivalent of going to the moon and back 14 times. People say ‘it’s free to throw stuff away’, but it’s certainly is not free.   Imagine the fuel needed to travel to the moon 14 times in a garbage truck. One opportunity to address this fuel use is underway for our landfill gas, whereby the methane will be captured and converted into cleaner burning natural gas to fuel our garbage trucks. This will ensure cleaner air and avoids mining natural gas by replacing it with methane produced in our landfill.”

In the short term, the city is on track to meet its target of 40% waste diversion by 2020. Meanwhile, Phoenix is working hard with energy service companies (ESCOs) to reduce building energy use by 20% for next year and targeting 15% for renewable energy used city-wide from diversified sources. Ultimately, Hartman stresses the need to also prioritize economic and social sustainability. “Environmentally there’s much we can do to raise awareness and make positive change but those outcomes must be achieved alongside economic and social sustainability as articulated in the City’s General Plan — community health and education, equity, civil and human rights, and safe communities — in order to become a truly sustainable desert city. ” 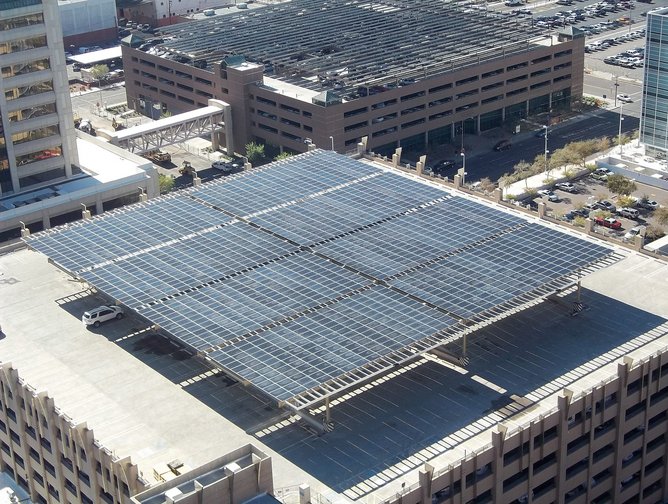 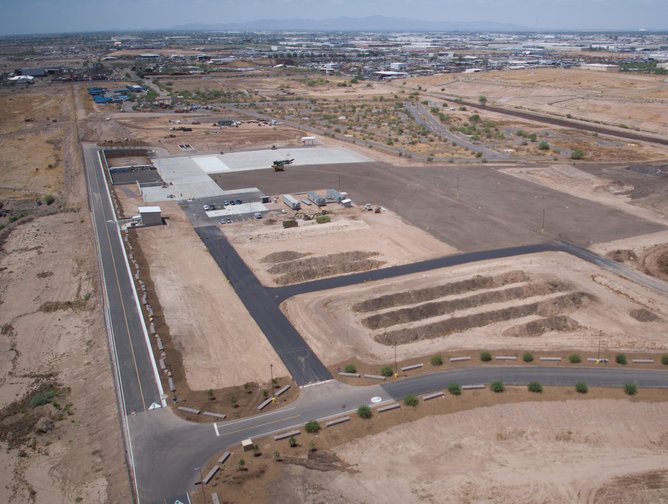 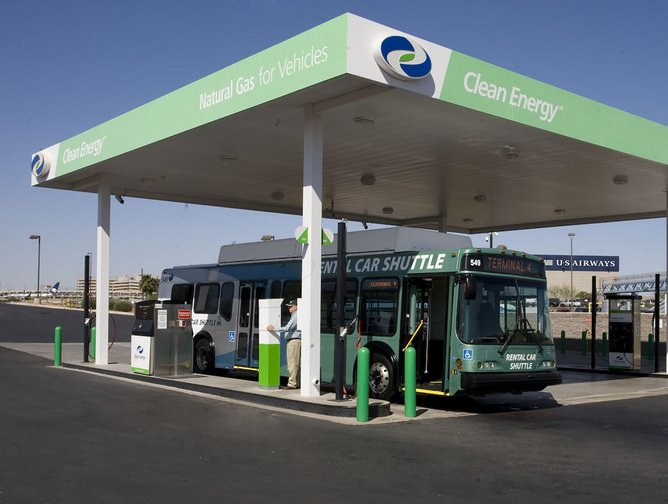 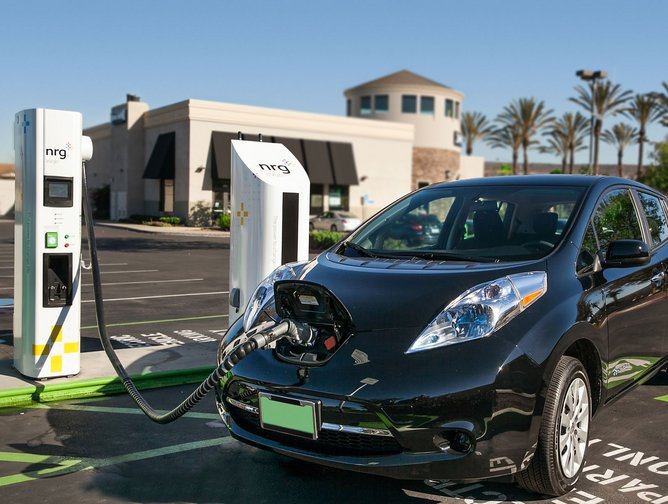