In an era where Environmental, Social, and Corporate Governance (ESG) is rising rapidly to the top of corporate agendas, prioritising diversity is not, on the surface, a novel idea. In fact, JPMorgan Chase has been committed to supporting diverse suppliers for almost 30 years, with the philosophy that an inclusive supplier base that mirrors the communities in which the bank does business generates wealth, creates jobs and  fosters economic growth. Currently, JPMorgan Chase dedicates about $2bn annually - to diverse-owned and managed companies. And in October of 2020, JPMorgan Chase made a commitment to increase its spend with Black, Hispanic and Latino businesses by US$750 million as a part of the firm’s $30bn commitment to help close the US racial wealth gap.

JPMorgan Chase’s global procurement function oversees $19bn in annual spend, across 6,500 suppliers encompassing technology, professional services, real estate, legal, and every category in-between. Given the impact of this significant spend and its ripple effect on the global economy, the team is cognizant of the importance of purchasing responsibly.

“Supplier diversity is a top priority across Global Supplier Services, which really involves every part of our team - even payment operations and supplier assurance services, who historically wouldn't be involved,” Connell says. “I think it's important that we all play a part in driving supplier diversity forward.”

JPMorgan Chase is “doubling down” through a unique approach that leverages its own scale to systematically promote best practices and commitments throughout its supply chain. The firm is mobilising key suppliers to spend more with diverse companies; mentoring those with emerging supplier diversity programs; enhancing discoverability of diverse suppliers; and promoting increased spend targets with key business communities, specifically Black, Hispanic and Latino.

The strategy is built upon JPMorgan Chase’s Gold Supplier program, an initiative launched in 2017 that brings together industry leaders to generate shared, incremental value and strengthen relationships with its most strategic and highest performing suppliers, from blue-chip market leaders to small and agile innovators -both publicly traded and privately held.

Connell and his team understand that simply demanding that Gold Suppliers spend more with diverse companies may not provide the desired results. To help drive results they needed a better understanding of each company’s current capabilities and how much room there is to grow.

"Around a year ago, we engaged with over 100 of those top suppliers to figure out where they are in their journey toward a sustainable supplier diversity program,” Connell says. “We conducted a comprehensive end-to-end supplier diversity benchmarking survey, which allowed us to tier them into three different groups.”

“That benchmarking allowed us to approach each supplier in a different way,” Connell explains. "We asked them to draft and submit a growth plan that would show us over a three-year horizon how they're going to improve supplier diversity, in general, and specifically with Black, Hispanic and Latino companies. We then benchmarked those growth plans against each other, and once we felt they were sufficiently ambitious, we accepted them.”

To date, almost 40% of Gold Supplier growth plans have been determined ambitious enough to have an impact. Collectively they will increase diverse spend by $6.2bn over the next three years, $1.2bn of which is earmarked for Black, Hispanic and Latino suppliers. Financially, it is a major step in the right direction for diverse businesses, and Connell expects that figure to balloon further as more Gold Suppliers are fully onboarded. What’s even more motivating to  Connell and his team is ending 2021 with about a dozen Gold Suppliers initiating a supplier diversity program for the very first time.

“Most exciting is the exponential impact of this,” he says. “Around half of our Gold Suppliers have also committed to replicating this initiative with their supply chains, cascading the mandate that diversity is a priority for them. We're excited about the idea of magnifying and multiplying that impact. If we can, in some small way by evangelising the methodology that we use, make supplier diversity an integral part of doing business for these big companies, it can really have a transformational effect on diverse communities. That's an exciting notion for us that really mobilises the team.”

Though supplier diversity is a mandate for these suppliers, JPMorgan Chase recognises that not every organisation has the resources or expertise to transform overnight - and is supporting them through these challenges. For suppliers with emerging diversity programs, the firm offers access to mentorship.

“We're pairing them up with those that are best-in-class, industry leaders in supplier diversity,” Connell says. “We're creating mentor-mentee relationships where they can learn from the best, and providing them with tools, templates, and training modules.

For suppliers with established but growing diversity programs, the bank is helping to overcome one of the most common hurdles: discoverability. In the US, the inability to find a deeper pool of diverse suppliers is more a perception than a reality. Connell and his team help to point the way to getting started.

“Many suppliers are daunted by the idea of finding diverse businesses and it's a blocker to initiate their programs at all,” Connell says. “We tell people to start small and analyse their own spend, because they're probably spending money with diverse suppliers today that they don't even know about.

“There are tools you can use to analyse that, but more importantly is creating relationships with some of the key diverse business certification organisations like the National Minority Supplier Development Council or the Women's Business Enterprise National Council. They can give you the support you need to build your program, expand your databases with eligible suppliers, and your network of other companies that you can share best practices with.”

Through the Gold Supplier program, JPMorgan Chase also shares its own list of diverse suppliers, with teams in place to ensure that minority and underserved businesses share the same level of visibility as more established competitors.

“We have over 100 of the biggest companies in the country, and together we've created this community where we share diverse supplier lists,” Connell says. "Through practices like this, we help each other succeed.”

Improving spend with diverse suppliers supports a wider ESG agenda at JPMorgan Chase & Co. “There is an expectation now that companies that we do business with also share our values.

We believe that procurement spend can be leveraged for social good, whether that’s racial equity, environmental sustainability or good governance. It is not a box-checking exercise,” Connell says, “but a vital pillar for the future of the bank and its stakeholders. We view supplier diversity not only as a moral imperative, but as smart business,” he explains. “We compete with other banks for clients, customers, and talent. And so we know that a bank that is firmly rooted in these communities is going to have a positive long-term impact.”

When society wins, so too does the overall business community.

"Companies should expect that ESG is going to be an integral component of how they're measured in their relationships,” he adds. "And it all boils down to: are you spending your money in the right way, in a way that helps the community? It's a hard thing to measure until you start looking at it in specific domains around diversity, sustainability, and governance. We're taking a programmatic approach to this, getting quantitative around our Gold Supplier community and how we would seek to influence both our direct spend and our suppliers’ spend.”

In the coming 12 months, the bank anticipates firm progress in the growth plans that have already been submitted, with more opportunities as further Gold Supplier growth plans are approved. But it is the long-term vision that will enact real change, and bring the bank’s true ambition to life.

“The larger purpose of all of this is to have companies develop sustainable programs that will create new diverse spend for decades into the future,” Connell says. “We'd like to see this initiative cascaded to thousands of businesses because creating more inclusive supply chains across the wider business community will change the competitive landscape for diverse suppliers for generations to come.” 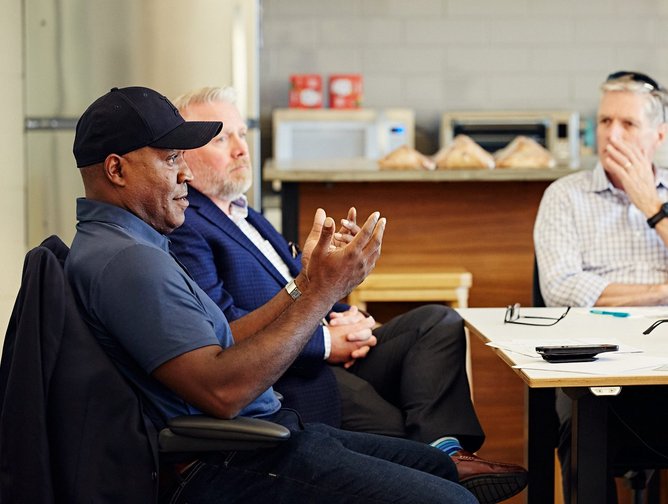 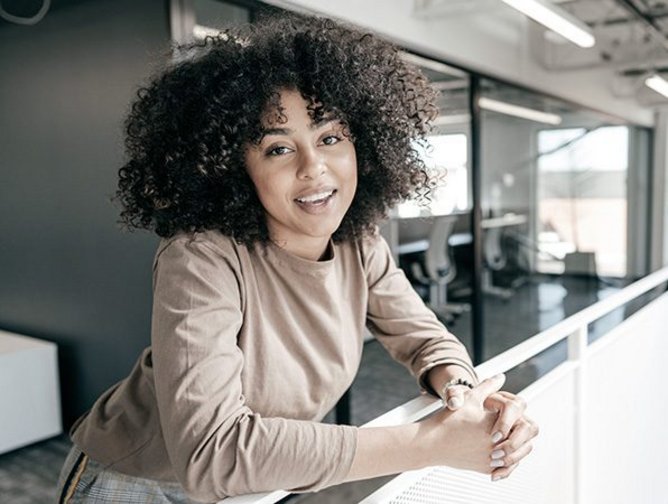 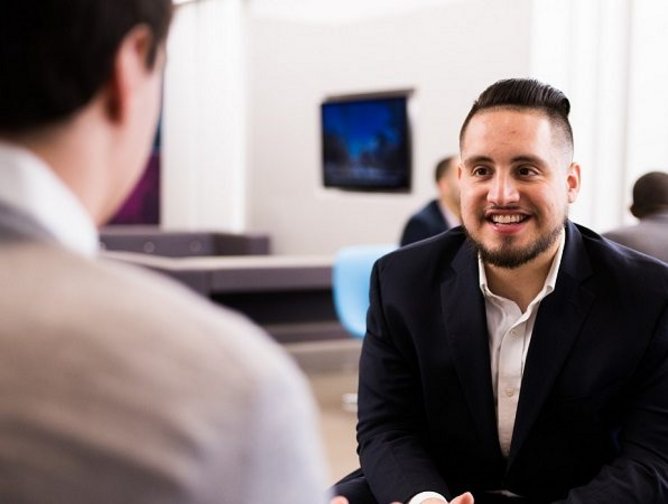