View Full Report
Microsoft is using pioneering technology including AI and machine learning to address the world’s most critical challenges...

According to the UN’s Environment Emissions Gap Report 2018, “now more than ever, unprecedented and urgent action is required” to address the climate and sustainability crisis faced globally. Achieving a sustainable and prosperous planet requires a concerted effort and, in this era, the pace of movement must be accelerated.

Chiefly, this acceleration can be achieved through the driving of collaboration between public-private partnerships, the greater enforcement of policy on a global scale, and, according to technology giant Microsoft, the harnessing of the power of digital technology to combat climate change. Elaborating on this, Mike Chan, General Manager Cloud & Enterprise Microsoft APAC, says: “At Microsoft we are committed to delivering on our environmental goals for sustainability and empowering our customers and partner ecosystem with the technology and tools to deliver on theirs. This starts with data capture, harnessing the power of the intelligent Cloud – a platform of limitless compute scale – and driving innovation to meet demanding business challenges and create meaningful impact with speed and agility.”

Microsoft is leading the acceleration of movement in this field. The business, world renowned for its innovative and pioneering technology, is working more closely than ever with partners and customers to use AI and other digital technologies to address global sustainability challenges. The former, for example, has the power to amplify human ingenuity and extend our capabilities so that we can achieve more, says Microsoft. “"Democratising technology is of utmost importance to Microsoft; the power of accessibility and inclusivity in the digital age will transform industries, collectively enabling us to become more productive and jointly solve society’s biggest challenges,” says Sherie Ng, General Manager Public Sector APAC at the company. “With technology, we are empowered to create a future for the greater good – imagine a future with limitless possibilities.”

On a wider level, the company believes in the power of technology for the common good to drive societal impact, and enable a range of economic and social opportunities. Through partnerships and investments with the public, private and civic sectors – the United Nations and other global non-profit organisations – it aims to contribute towards achieving the 17 United Nations Sustainable Development Goals by 2030.

Since 2009, Microsoft has made and met several commitments towards environmental sustainability. These include a drive to cut operational carbon emissions by 75% over the next 11 years, investing $50mn in five years to advance the use of cloud and AI technologies in an environmental capacity, 100% carbon neutrality across the company’s global operations every year since 2012, and a 20% reduction in product packaging for all new devices in 2018.

In April this year, Microsoft announced it would close to double its internal carbon fee to $15 per metric tonne on all carbon emissions. It also detailed ongoing plans to further implement renewable energy and innovation into its data centres (60% renewable energy use by 2020). Here, the business is dedicated to building a “responsible cloud of the future”. It aims to achieve this through measures such as ensuring that 50% of the current volume of electricity used by its data centres is from green energy sources such as wind, solar and hydropower. In addition, Microsoft is committed to its sustainable campuses building initiative. These, in combination with its smart building technology, will see the company become the first large corporate campus to achieve zero-carbon and zero-waste.

These achievements are impressive enough in isolation. However, core to Microsoft’s sustainability vision, is the belief that its ambition and the technologies it develops should empower others. In 2017, the company launched its AI for Earth Grant initiative, which sees it partner with leading environmental and research groups to develop AI, machine learning and cloud-related solutions to problems such as climate change. Since then, Microsoft has awarded more than 230 grants to recipients in around 60 countries. AI for Earth represents a US$50 million, five-year commitment to put artificial intelligence technology in the hands of individuals and organisations around the world who are working to protect the planet across four key areas – agriculture, biodiversity, climate change, and water. The initiative reinforces the crucial role that Microsoft believes AI will play in the future. Further evidence of this can be found in a research paper that the company conducted with PwC on how the technology can enable a sustainable future. This suggested several benefits to greater AI adoption, including reducing global greenhouse gas emissions by up to 4% by 2030, gains of as much as $5.2tn to businesses through improved productivity and automation, and a 4.4% rise on global GDP by 2030.

The business is currently working on several related projects with partners and customers in the energy sector under the banner of ‘tech intensity’, which describes using the latest technology to drive efficiencies and create a more sustainable planet.

Close collaboration with Siemens Gamesa Renewable Energy, for example, has helped to make renewable energy more affordable and sustainable. Siemens was previously using its Hermes system – autonomous drones coupled with a digital platform – to monitor its wind turbines. The company entered into partnership with Microsoft to migrate Hermes to Microsoft Azure, thus improving inspection times significantly, allowing for the capture and use of better data and enabling greater predictive maintenance and fewer costly repairs.

According to the World Health Organization, a staggering 66 people on average die in road accidents every day in Thailand. PTT Global Chemical Public Company Limited (GC) plans to reduce the accident rate on the Bangkok to Rayong route and enable the safety of more than 4,000 employees that clock up around 8,000 trips between the two locations. GC worked with its shuttle drivers, Microsoft and Frontis to design the ‘AI for Road Safety’ solution, which uses facial recognition AI to detect and alert when drivers show signs of risk such as drowsiness and distraction. GC sees the programme as a major component of its intention to contribute to society, especially in Rayong, where the company has a number of factories

Elsewhere, water and energy technologies provider Ecolab and energy company Orsted, have implemented Microsoft Azure, as well as its IoT and AI solutions, to make significant leaps forward in improving water conservation and the efficiency of renewable energy respectively.

By 2050, the demand for food is expected to outpace production by over 70%. Farmers need access to better data on their land in order to maximise both efficiency and yield, while at the same time, reducing environmental impact. However, gathering data from farms is difficult due to typically low technology adoption rates by farmers, particularly in the developing world, where access to technology is often limited. To address these issues, Microsoft is working to enabling greater precision in farming with the use of AI through Farmbeats.

This uses the company’s machine learning algorithms, together with low-cost sensors, drones, and other data to deliver actionable insights to farmers. Microsoft believes that this data, coupled with the farmer’s knowledge of his or her farm, can help to increase farm productivity while reducing environmental impact and out-of-pocket costs.

With transport and buildings making a significant contribution to global greenhouse gas emissions, Microsoft is also focused on ‘architecture for the new world’, or smart cities. In this field, the business has several key innovations around smart buildings and smart energy. Microsoft ICONICS, for example, is a smart building software that collects and analyses IoT sensor data from building management systems to give information on general property status, as well as where improvements can be made to achieve greater energy efficiency and lower maintenance costs.

An example of the company’s work in this sector can be seen in the Taiwanese capital, Taipei. The city has experienced rapid growth in recent years, and thus city planners were looking for methods of streamlining its municipal operations while improving energy efficiency and safety for citizens. Microsoft partnered with local company AAEON to develop an IoT-based solution that would form the basis of a cloud-based monitoring system for the city’s more than 150,000 street lights. Previously, city officials had followed a reactive maintenance programme, based on citizens reporting light failures before maintenance teams were eventually sent to the location. Instead, the AAEON Lighting Control System enables predictive and preventive maintenance, optimises the duration that the lights are on in order to maximise safety and forms part of a greater holistic ecosystem for a wider smart city concept.

Naturally, such dedication to as important a cause as the world’s climate requires a resolute and single-minded culture within the business. Microsoft believes that every employee must play a central role in transformation and making a difference. The company encourages members of staff to always focus on learning, to take risks and to fail fast – by doing so, it states, they will make a difference and find a deeper meaning in their work. This mindset is fostered under the theme of ‘AI for Good’: combining the company’s technology and expertise in artificial intelligence and data science with the talent and expertise of groups around the world in fields such as environmental science, disability needs and humanitarian assistance to create a more sustainable and accessible world.

In the longer term, Microsoft remains focused on leveraging the power of technology and innovation. In particular, according to the company’s Chief Sustainability Officer Lucas Joppa, the ultimate solution could come in the form of an ambitious and innovative “planetary computer”. The scale of innovation here would be significant, as Joppa explains, revolving around the development and implementation of a global network capable of connecting billions, even trillions, of datapoints about the global environment. This system, says Joppa, would have “the computing power and machine learning tools to process them into actionable insights that will empower decision makers in every corner of the globe to put sustainability first. And, although parts of this plan may seem like science fiction, it could be a reality in the near future.” 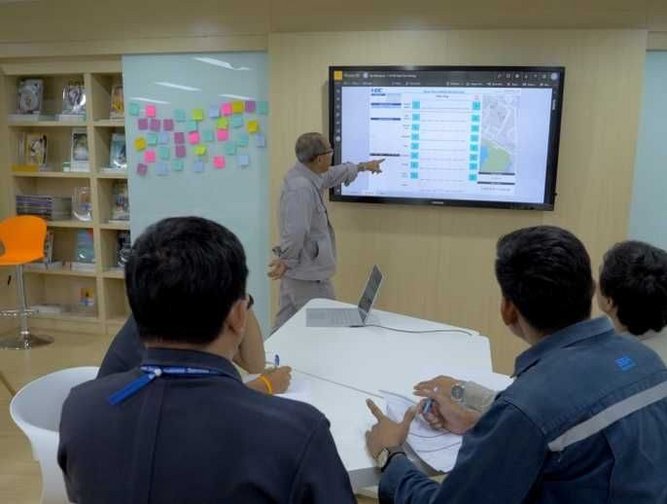 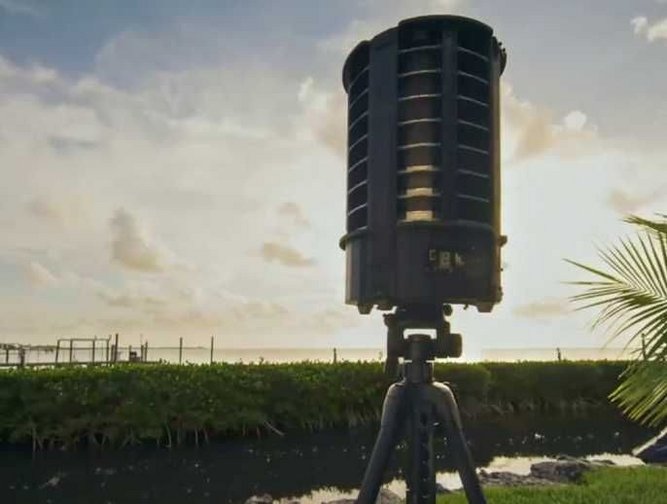