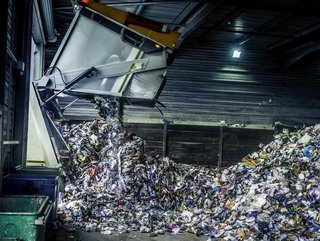 Jason Elliott, MD of British Recycled Plastic and global recycling thought leader, shares his take on the state of the recycling industry in 2021

What do you think of the recycling industry in 2021?

I think we’re lucky to be entering an age where, at long last, recycling is actually going to get some meaningful support as a concept from politicians. You could argue that it is overdue and not enough, but the fact that it is going in the right direction, is of genuine substance and that almost all countries are taking meaningful steps is something to be pleased about.

The recycling industry is still too fragmented and under-supported, but legislation like the Plastic Packaging Tax, due in April 2022, the Extended Producer Responsibility (EPR) law due in 2023, and the, currently delayed, Deposit Return Scheme, are all great news for the country and the planet as a whole.

Broadly speaking, there are types of materials that are recycled very well and others that are barely touched up to now. There are some changes starting to happen though in that arena. For example, Tesco has started to collect film in store, things like carrier bags and other soft plastics, and has so far amassed over 1000 tonnes, much of which will be made into their “Bags for Life”, although unfortunately this manufacturing process doesn’t happen in the UK.

The same fragmentation applies in terms of geography, even within unified areas like the EU or the USA there are huge disparities. Some territories and countries have great recycling infrastructure and others barely have anything.

One of the reasons we refuse to export our products is that we feel that to do so would proactively hinder the development of recycling in those geographic areas; something that, for everyone’s sake, needs encouragement.

If we look one step back from the question, the reality is that the recycling industry, here and in other countries, can only function optimally if it has the support and cooperation of the governments, local, regional and national, wherever it’s located. Finally, it looks as though that support is coming.

Is the world where it needs to be in terms of recycling plastic?

The world is nowhere near where it needs to be in terms of recycling plastic.

This has nothing to do with the recycling industry and everything to do with the twin problems of the way things are manufactured, shortly to be addressed by EPR or its equivalents, and the lack of education or incentive for users of the final products. Both are global problems.

How does Britain fare when it comes to recycling plastic?

When it comes to recycling plastic from manufacturing and agriculture, as well as things like supermarket packaging, Britain is pretty good.

Recycling plastic from household waste is a different story as local authorities are in charge of this and they are obliged by central government to prioritise the short-term financial issues ahead of the longer-term sustainability issues. As there are 404 local authorities in the UK, there are 404 different ways of addressing this problem. In the UK, the revenue from the issue of consumer plastic is currently further exacerbated by products and packaging that are hard to recycle, as well as a lack of buy-in from much of the population.

The packaging issue is finally being addressed by the introduction, both in Britain and the EU, of the Plastic Packaging Tax scheme that obliges manufacturers to include a minimum of 30% recycled content. Failure to do that means those manufacturers will be fined £200 per tonne and that cash will go to HMRC.

The downside is that this has increased the price of recycled granulate, in some cases about that of virgin material, as large organisations like Coca Cola have been buying it up. This is causing pressure on companies like ours that use recycled plastic to increase prices of products.

The best news for Britain though is that when EPR comes in, the several billion that will be raised will go directly to local authorities to invest in recycling, rather than to HMRC like the Plastic Packaging Tax. Hopefully, although I’m not holding my breath, some of this investment will be spent homogenising processes between different local authorities and creating economies of scale.

What issues need to be addressed in the recycling industry?

More financial support from government for actual recyclers, particularly to small start-ups, would pay huge long term dividends for the country as a whole. At the moment there is a massive shortage of capacity in the UK. As we have seen, countries like China, and now Turkey, are saying enough is enough, so it is in the national interest to process and repurpose UK waste within the UK.

Tax breaks for companies that manufacture from fully recycled materials, of any kind, would also be a wise move, however, without an increase in supply it’s a moot point.

What do you think is working well when it comes to the recycling industry in the UK and abroad?

As far as the UK and Europe are concerned, I think the skills and willingness to learn are there. I also think the innovation in new materials is there too. The stumbling blocks have been the inertia of governments when it comes to support, both financial to recyclers and local authorities, and moral in terms of things like deposit schemes for drinks containers, combined with the lack of real effort on the part of most manufacturers to create products and packaging that can be 100% recycled.

Finally that is changing, but it has been a long time coming.

Where would you like to see the recycling industry in 25 years’ time?

In a word; everywhere. It should be a fundamental part of society, how we live.

Products should be designed with recycling or repair in mind and they should be easy to separate into their constituent materials.

Simple recycling facilities like can crushers should be everywhere. When I lived in the Dolomite mountains in Italy in 1991, my village square had a can crusher that looked like a clown’s head with an open mouth. You popped the can in the mouth and pulled the arm to crush it and every child used it.

The obvious one that recycles well is that of glass bottles, prioritising re-use for maximum sustainability, but I’d like to give a shout out to the automotive industry too. They used to be pretty terrible, but over the last decade in particular, massive thought has gone into designing cars that can be fully recycled. They are such complex products with so many parts and different materials that it has been a Herculean effort.