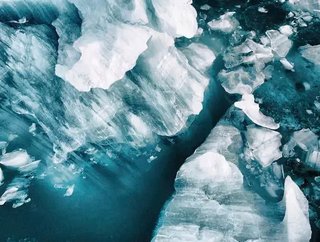 University of Aberystwyth works with Microsoft to bring next-gen technology into the fight against climate change. Dr Joseph Cook of Aberystwyth Univer...

University of Aberystwyth works with Microsoft to bring next-gen technology into the fight against climate change.

Dr Joseph Cook of Aberystwyth University, Wales, is developing an AI and drone technology to track the melting of glaciers. It is common knowledge that glaciers are melting at an exponential rate; however, this effect is not experienced uniformly across the world as temperature fluctuations vary from country to country. Parts of Canada are finding temperatures rise twice as fast as the global average, with glaciers in the British Colombia area releasing 22bn cubic metres of water each year.

Dr Cook is looking to monitor microscopic organisms that endure the punishing conditions in the Arctic, in the hope of discovering a relationship between the melting icecaps and the microscopic life prevalent in the region.

Using drone technology, Dr Cook’s team were able to map the algae coverage of a 200m x 200m patch of its testing site.

“We trained an algorithm to read our field spectroscopy data and classify the ice surface into discrete categories. We then trained it using satellite imagery and used this to examine an area measuring 100 kilometres by 100 kilometres. The estimates of algal coverage this provided gave us data we could use to estimate the amount of melting that could be attributed to the algae,” explains Dr Cook.

The research is being conducted as part of the Microsoft AI for Earth grant. The grant puts “Microsoft cloud and AI tools in the hands of those working to solve global environmental challenges,” according to Microsoft’s website.

The fight against climate change has taken to AI as a powerful tool to conduct essential research and to support those looking to be the catalyst for change. AI has created more accurate climate models, helped ecologists track threatened wild animals by matching distinguishing markings and aided policy makers in understanding the factors involved in climate change.

AI has allowed scientists across the world to perform research and data analysis that could have taken considerable time under analogue methods. With AI, this can be reduced to mere minutes in some examples. The solution to climate change is still something that may take years to reach but by bringing in innovative technology to perform tasks normally out of human reach, scientists can drive progress forward. With individuals like Dr Cook battling the rising challenges facing our environment, we can begin to understand the consequences we have forced on our planet and how we can fix them before it’s too late.