Amazon reveals two new renewable energy projects in the US 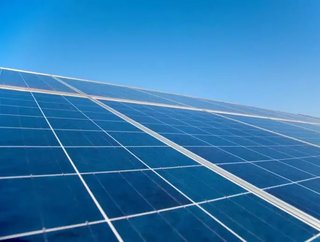 The new projects, which will be located in the Republic of Ireland the US, will vary from wind power and solar.

Amazon will launch its second wind farm in Ireland in Cork. The farm will have 23.2MW of capacity upon completion, and is expected to generate 68,000MWh per annum.

The firm’s solar project will be developed in Pittsylvania County, Virginia, and will be the seventh farm in the state.

The farm will have 45MW of renewable capacity and will generate 100,000MWh every year.

“Playing a significant role in helping to reduce the sources of human-induced climate change is an important commitment for Amazon,” stated Kara Hurst, Director of Sustainability at Amazon.

“Major investments in renewable energy are a critical step to address our carbon footprint globally. We will continue to invest in these projects, and look forward to additional investments this year and beyond.”

Both projects are expected to launch production in 2020, and will power Amazon Web Services datacentres.

“This project is another example of AWS’s commitment to renewable projects in Ireland, adding clean energy to the grid, and supporting Ireland’s climate commitments,” commented Richard Bruton, Ireland’s Minister for Communications, Climate Action and Environment.

“Construction will begin on this project this year and will start contributing to Ireland’s renewable energy capacity by 2020. We look forward to continuing to work with AWS as we strive to make Ireland a leader in the renewable energy space.”

“I applaud Amazon for their continued investment in clean and renewable energy projects in the Commonwealth of Virginia,” noted Mark R. Warner, Virginia Senator.

“This solar energy project in Pittsylvania County will lead to a cleaner environment and more jobs in the community.”