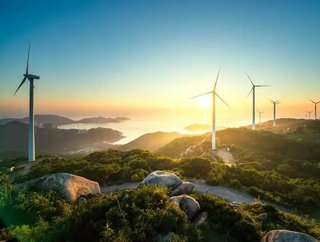 Apple has announced its investment in green energy businesses and initiatives across China with a view to producing 4GW of green energy globally. Appl...

Apple has announced its investment in green energy businesses and initiatives across China with a view to producing 4GW of green energy globally.

Apple launched the China Clean Energy Fund in 2018, and further funding from the Silicon Valley company (along with ten other local suppliers) is set to expand the initiative. The fund is intended to give smaller local companies the financial backing to become more competitive in the green energy sector.

Apple has committed to investing US$300mn in renewables by 2022 as part of its goal to reach net zero emissions by 2025. The funding is intended to produce 1GW within China, and will allow Apple to further supply their manufacturing plants with green energy.

This is off the back of Apple completing the first of three projects across China in Concord Jing Tang and Concord Shen Zhang Tang which have a capacity of 48MW each, plus a third 38MW site.

"The China Clean Energy Fund has enabled us to invest in a great many renewable projects at a much higher capacity. This just wouldn’t be possible on our own," said Hao Peng, President of Apple supplier Sunway Communication.

Apple is committing to 4GW of renewable capacity by 2020 globally, which will cover a third of the company’s manufacturing demand. Currently, Apple sources renewable energy from sites across the globe including large scale wind farms in Texas.

Apple already operates on 100% renewable energy but some of this was being bought through alternative sources while its manufacturing plants in China ran off more traditionally generated energy. This operation adds to the 25 projects currently spanning the globe in an effort to tackle sustainability.