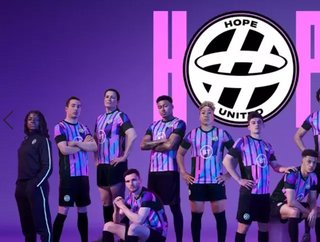 BT, a sponsor of the English Football Association, has come out in support of the diverse team and called for unity with its group Hope United. According to BT, 1 in 10 players have received online abuse over the past year. Hope United was formed for top footballers to come together to tackle online hate. The Hope United team offers fans the chance to learn how to tackle online hate with digital skills, ranging from topics such as:

“My personal commitment to this agenda is resolute”, said Philip Jansen, BT Chief Executive. “I see it as fundamental to the attainment of our purpose – to connect for good. BT will become a fully inclusive organisation.”

Following England's loss, not all fans are on board with diversity or unity.

Online racial abuse is not tolerated by social media

In Manchester a mural of Marcus Rashford was defiled with lewd graffiti. Since the age of seven, Rashford has been a dedicated Manchester United player and the city has come out to support him.

Locals covered up the vandalism with black paper and others used this to write messages of support. The mural has now been cleaned and written messages of encouragement continue to arrive.

Ed Wellard, who commissioned the mural, has not called for those responsible to be punished, but educated instead.

"There's a lot of solidarity to these players, they've been fine role models on and off the pitch", Wellard said.

Manchester Police are investigating the incident.