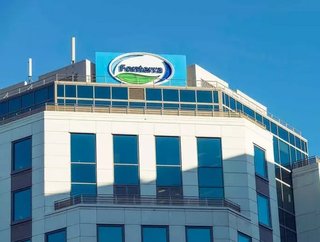 In late 2019, Fonterra released its sustainability report and indicated the ways it could better serve its customers, the environment and its business...

In late 2019, Fonterra released its sustainability report and indicated the ways it could better serve its customers, the environment and its business.

The New Zealand multinational company, which employees over 21,000 people and has revenues in excess of NZ$19bn, has established a three-pronged focus for stepping up its sustainability efforts:

With roughly 29 manufacturing sites based in New Zealand and 48 in total, the task will be a difficult one. However, Carolyn Mortland, Global Sustainability Director, is confident in Fonterra’s strategy, stating, “We don’t shy away from the fact that we need to do more against some of our ambitious targets.”

“What is clear is that we made some good progress in a tough year and have set ourselves up for the years ahead.”

Leaving coal in the ground

One of Fonterra’s most significant decisions is moving away from coal-based operations and embracing cleaner power sources.

In an article with NewsHub, the company estimated that it used over 500,000 tonnes of coal per year, making it the second-largest consumer of the fossil fuel after NZ Steel. Ending its reliance on coal would mean Fonterra contributing 84,000 fewer tonnes of carbon each year, approximately as much CO2 produced by 32,000 cars.

Investing $11mn in its Te Awamutu plant in northern New Zealand, the company will instead burn wooden pellets for energy. These pellets, which are generally considered a useless waste product, will be used as a less-toxic alternative to coal, with the added benefit of the ash then being repurposed again as plant fertiliser for the company’s farms.

It is a good example of the circular economy in action; an innovative move by an industry leader seeking to eliminate waste from its production cycle and streamline the efficiencies of every process.