Glasgow could be the UK’s first net-zero emissions city 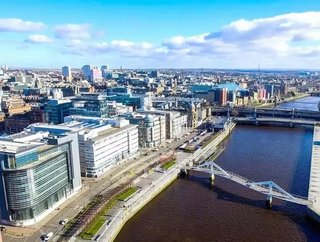 Scotland’s Glasgow could be the first city in the UK to become carbon-neutral, as the city’s council works with Scottish Power to tackle climate cha...

Scotland’s Glasgow could be the first city in the UK to become carbon-neutral, as the city’s council works with Scottish Power to tackle climate change.

The Glasgow City Council and Scottish Power have pledged to make the city the first to reach a “net zero” status in Britain, Reuters reported.

Glasgow, which is the UK’s third largest city, also aims to beat the 2045 target set by the Scottish government on 15 May.

In order to reach the goal, the city plans to launch a promotion initiative for electric vehicle (EV) charging, as well as increase investment in the renewable energy grid.

Glasgow will also consume more green energy under the scheme.

“From the research by the Intergovernmental Panel on Climate Change to the appeals from our classrooms, our streets and civic squares, we know that emissions reduction is the issue of our times,” remarked Susan Aitken, Glasgow City Council leader. “We simply have to act now.”

“We have a large supply of renewable energy on our doorstep and one of only two low emission zones in action across the UK,” stated Keith Anderson, CEO of Scottish Power, according to edie.net.

“Now, we need to invest in the technologies and programmes that transform the rest of Glasgow’s economy and make us net zero before anyone else.”

“It is our hope that this declaration kick-starts a race to zero with other ambitious cities, like Edinburgh, because then we will all be winners. The prize is the future of our country and our planet.”