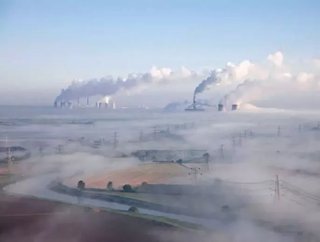 Greenhouse gas emissions in the UK dropped by 2.5% in 2018, marking the sixth consecutive year of decline. The nation’s emissions fell to 449mn tonne...

Greenhouse gas emissions in the UK dropped by 2.5% in 2018, marking the sixth consecutive year of decline.

The nation’s emissions fell to 449mn tonnes of carbon dioxide equivalent during the review period, according to the Department for Business, Energy and Industrial Strategy (BEIS), Reuters reported.

The country is the second largest emitter of greenhouse gas emissions in Europe, after Germany.

The UK’s emissions have declined by 43.5% against a 1990 baseline. This means the nation is more than halfway to meeting its target, which is legally binding.

In 2018, the UK saw record levels of output in regards to renewable power, according to the BEIS preliminary report.

“If we are to avoid climate chaos, we have to do much more: business as usual means more extreme weather, species extinctions and a grim future for young people,” stated Mike Childs, Head of Research at Friends of the Earth, the international environment-focused network.