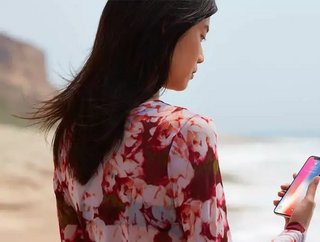 Apple leads suppliers in a bid for 100% renewable energy consumption by 2020 after achieving the milestone in 2018. Apple has been powered by 100% ren...

Apple leads suppliers in a bid for 100% renewable energy consumption by 2020 after achieving the milestone in 2018.

Apple has been powered by 100% renewable energy sources since 9 April 2018. The company has purchased enough renewable energy to balance out its global consumption through its supply chain and physical infrastructure.

A year later in April 2019, Apple announced it has doubled the number of suppliers currently using 100% renewable energy for their manufacturing process. At the time of the announcement there were 44 suppliers signed up to the programme, although it is unclear how many suppliers Apple currently work with.  In the April announcement Apple said it was partnering with its suppliers to generate and source more than 4 gigawatts of new clean energy in its global supply chain by 2020.

In 2018 Apple and its suppliers generated enough clean energy to power 600,000 US homes; 66% of the renewable energy it uses comes from projects that Apple created and manages itself. The leaps that Apple has made in managing its energy consumption have also been mirrored on the consumers side. For example, the last gen MacBook uses 61% less energy than its predecessor, while the company’s HomePod will, on average, consume less energy than an LED lightbulb when playing music.

Lisa Jackson, Apple's Vice President of Environment, Policy and Social Initiatives, said in a statement in April: "We've made it a priority to hold our suppliers accountable to the same environmental standards we observe and hope that our collaboration will show others what is possible.…. - We won't stop driving change within our industry to support the clean energy transition happening globally."

It is not only through energy initiatives that Apple has been reducing its impact on the environment. The company uses disassembly robots that allow for the quick recycling of devices and parts to produce new technology, for example. In addition, the iPhone, iPad, Mac, Apple Watch, AirPods and HomePod are all manufactured with a zero-waste certification. Even the box in which the products is delivered has had a reduction in the carbon footprint used to produce it.

To keep up to date with Apple’s Special Event, live from the Steve Jobs Theater, click here.