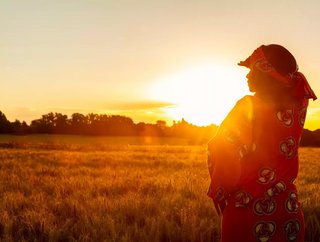 There are more suits at COP26 than a Savile Row suit party at which the dress code is a suit. Suits are, after all, the enduring symbol that something quite serious is going down.

Most of these suits at COP26 are being worn by men (who think something quite serious is going down).

Some of these men in suits are talking in metaphors about the serious nature of what is going down in Glasgow and, more broadly, on Planet Earth. Boris Johnson warned that, metaphorically speaking, we were "one minute to midnight" in our collective effort to prevent a climate catastrophe.

'One minute to midnight' is all very dramatic, but it also sounds like a greatest hits album of a long-forgotten heavy metal band. It lacks tangibility – it doesn't feel real.

Meanwhile, Joe Biden travels everywhere in a gas-guzzling motorcade containing an entourage which doubles the population of Glasgow. This lacks tangibility – it doesn't feel real.

Cometh the hour, cometh the reality

Amid the suits and the wishy-washy analogies, however, there were some astonishing, vivid, frightening and captivating speeches. They did not speak of a non-specific time in a non-specific future – their stories were in real places, in real time. These speeches went beyond politics and rhetoric, and propelled the global audience into reality.

The words were spoken by the young. People born in the last 30 years who had actual experience of climate change and whose countries were being irreversibly changed because of it.

Kenya's environmental advocate, Elizabeth Wathuti, 26, spoke in a way that brought the need for a global reckoning into the sharpest of focus.

"In this past year, both of our rainy seasons have failed. Scientists say it may be 12 months until the rains return again. Meanwhile, our rivers run dry, our harvests are failing; our animals and people are dying.

"Everyday we learn that if we take care of the trees, they take care of us. The children cannot live on words and empty promises. They are waiting for you to act. Please open your hearts," she added.

It was silence-inducing. The silence was the sound of soul-searching.

Samoan climate activist Brianna Fruean, 23, spoke of an existential crisis. “I remember, at primary school, my teacher telling my class that climate change could mean small islands like Samoa, Tutuila and Tonga might drown. I just thought, 'I’m not going to let my islands drown'.”

With this narrative, she challenged the room: “In your meeting rooms, and drafting documents, there [must be] more than just black and white objects. In your words, you wield the weapons that can save us or sell us out. You don’t need my pain or my tears to know that we are in a crisis.

“The real question is whether you have the political will to do the right thing. We are not drowning, we are fighting. This is my message from Earth to COP26.”

And there were many other examples of young people, living in the moment and sharing their experiences – and also offering hope. They had ensured the stage belonged to them – after all the future, very specifically, does.

It was thought-provoking and dramatic. Indeed, if people were suddenly thinking that putting their recycling out on Wednesday evening was woefully inadequate, COP26 will have done its job.