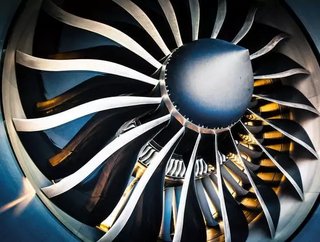 Aviation mega-event sees global thought leaders take steps towards the use of more sustainable alternative aviation fuels According to a new report fro...

At an annual aviation event in May, 23 of the 58 jets arriving there were fuelled by sustainable alternative jet fuels. The European Business Aviation Convention & Exhibition (EBACE) in Geneva saw jets produced by major manufacturers such as Bombardier, Cirrus, Dassault, Embraer, Gulfstream, Piaggio and Textron Aviation.

European Business Aviation Association (EBAA) chairman of the board of governors Juergen Wiese said it was “a milestone in business aviation’s commitment to sustainability and reducing carbon emissions,” with the development proving the viability of greener alternative fuels.

The carbon footprint associated with the Aviation industry has received a lot of attention recently, regardless of the ambitious goals set in place by the industry itself. Environmental activists have certainly piled on the pressure when it comes to responsible use of aviation, with movements such as Flygskam, their name meaning “flight shame”.

The group originated in Sweden last year and encourages travellers to avoid flights to lower carbon emissions. Sweden itself has already seen a drop of 3% in its domestic flights.

According to Air Transport Action Group (ATAG) website, the aviation industry accounts for 12% of the CO2 emissions from all transport sources, which in itself contributes 2% to global CO2 production. That’s 895mn tonnes of CO2 in 2018, and to put that in context, humans produced 42bn tonnes in the same year.

Michael Gill, executive director of the Air Transport Action Group (ATAG), told the Global Sustainable Aviation Forum this year: “Ten years ago, the aviation industry set one of the first long-term goals for any single sector: to reduce our net CO2 emissions in 2050 to half of what they were in 2005. For a growing industry like air transport, halving emissions is a considerable challenge, particularly when you layer global politics on top of necessary climate action.”

Sustainable Aviation Fuel (SAF) is expected to help aviation achieve its ambition of reaching a neutral carbon emission standpoint by 2020, and by 2050 reduce emissions to half of what they were in 2005. 180,000 commercial flights have been made on SAF, usually from recycled waste resources. SAF production is set to commence at a number of facilities currently under construction or financing, but the future is not without its hurdles.

At this year’s EBACE, Eurocontrol director general Eammon Brennan spoke of the challenges to come: “SAF and airframe and engine technology improvements are key to aviation minimising its carbon footprint. The problem is, the cost of production is still too high for aircraft operators. The challenge of industry and above all governments is to establish clear long-term policy frameworks and find a way of funding transition costs of what is essentially a huge technological change in order to achieve the ICAO 2050 Vision for Sustainable Aviation Fuels.”