NHS England focuses on the health of the planet 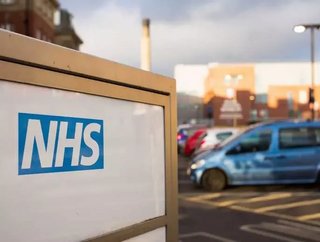 NHS England has published a press release highlighting that each individual’s health depends on the health of the planet and a sustainable society. J...

NHS England has published a press release highlighting that each individual’s health depends on the health of the planet and a sustainable society.

Joining in the fight against climate change, NHS Chief Sir Simon Stevens declared a “health emergency” and suggested environmental change as a key method of increasing the overall quality of public health.

According to Sir Stevens, working together to make a more sustainable, eco-friendly future could help prevent illness, alleviate the overstretched A&E, and save thousands of lives in the process. Therefore, the campaign ‘for a greener NHS’ has begun.

“While the NHS is already a world leader in sustainability, as the biggest employer in this country and comprising nearly a tenth of the UK economy, we’re both part of the problem and part of the solution,” said Sir Stevens.

“That’s why we are mobilising our 1.3 million staff to take action for a greener NHS, and it’s why we’ll be working with the world’s leading experts to help set a practical, evidence-based and ambitious route map and date for the NHS to reach net zero.”

To this end, the NHS is assembling a panel of experts to investigate the best ways for the NHS, its suppliers and its partners to achieve greener operations. Whilst they are in discussions, the organisation will also be taking practical steps in the short-term to achieve the overhaul it sees as necessary.

Switching energy supplies in hospitals to renewable sources, using anaesthetic gases that are less polluting, and providing active travel schemes/incentives to staff members are all considerations that are being introduced.

Professor Andrew Goddard, President of the Royal College of Physicians, was positive about the direction the NHS had chosen, although he emphasised that it would require support across the entire organisation to effect meaningful change.

“The NHS as an employer can support staff to do small things which can all make a difference. However, it’s clear that we must also focus on the impacts of the system as a whole, and how the NHS can move towards net-zero as quickly as possible. It must use all the levers available to it, particularly those which encourage suppliers to move towards net-zero,” he said.