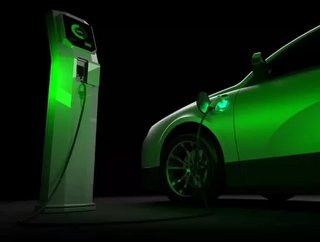 With the company having recently hit 60,000 charging points shipped, Pod Point’s CEO talks to CSO Magazine about future goals for the forward-thinking...

With the company having recently hit 60,000 charging points shipped, Pod Point’s CEO talks to CSO Magazine about future goals for the forward-thinking firm.

Pod Point was founded on the belief that travel should not damage the Earth. With that in mind, Erik Fairbairn created the firm to reduce carbon emissions and air pollution within the industry. In 2008, the company’s Chief Executive Officer assessed his options for reducing environmental damage, and concluded a business strategy. “I felt very strongly that the obvious choice for me was electric vehicles (EVs), and I saw three things which needed to be solved in order to enable the technology,” Fairbairn reveals.

The CEO found business potential in either manufacturing vehicles, working to renewably source the energy used to power EVs, or developing the technology used to charge them. Finding a gap in the charging point market, Fairbairn used his experience in the automotive sector to launch the company, which later became the largest EV charging company in the UK. Having previously worked in the product development side of cars, Fairbairn’s engineering skills translated to the new project. “I'm an engineer at heart. I think engineering is a thought process, whereby you look at something and measure it, then tweak it and measure it again. It’s a process I've found quite applicable to business generally, so I often come at problems from an engineering process perspective, having found parallels in a whole range of forms of business. It results in me being a slightly data-driven CEO.”

The business aims to deliver a Pod Point to every place you can park, which the company has assigned into four categories: at home, at work, at a destination, and on route. Fairbairn, noting his aspirations sound ambitious, compared his strategy to Microsoft. “It's a little like when Microsoft said, ‘We're going to put a computer on every desk.’” The company recently reached its 60,000 charging bays shipped mark, which the CEO remarked as a substantial metric to motivate staff. However, in order to achieve its goal of connecting all of the UK, Pod Point would need to install a total of 10mn stations across the country – this would reach a ratio of one station per three vehicles.

Pod Point’s operations currently run in the UK and Norway; Fairbairn targeted the Nordic nation due to its sustainable advances. Around 60% of new vehicles sold each month in Norway have an electric plug on them, compared to the UK’s 4%, the CEO revealed. “I feel that we're really dealing with a market which the UK is going to feel like in five years’ time,” Fairbairn states. The company’s vision is far wider than two nations in Europe, with plans for more than just domestic expansion. “Our motto is “Travel should not damage the Earth” not “Travel should not damage the UK.” In time we’d like to expand our operations outside of our two markets, but we really see the UK marketplace expanding very quickly, and to an extent we’ve got our hands full with the two markets that we’re dealing with currently,” he continues.

Fairbairn’s company recently signed a deal with the UK-based supermarket chain, Tesco, to supply 2,400 bays to 600 of its stores. The scale of the agreement will see the retailer install an additional 15% of the total public charging points across the country. Pod Point referred to the “landmark deal” as “democratising” to the industry, with advanced and environmentally-friendly technology being integrated into the mainstream. Tesco announced in 2017 that it would run off entirely renewable energy, aligning the two with the firms’ values and making the deal a perfect fit. Pod Point uses renewable power wherever possible in its own operations, as well as actively influencing its customers to initiate and link their own green energy projects to their chargers.

Despite previous limitations surrounding the variety of EVs on the market, Pod Point’s CEO argues that the coming year will see a rise in EV variety entering the mass market. “Up until now, EVs have been limited by the range of different cars you can buy. I really think 2019 is going to be the year where, all of a sudden, there's an EV that's right for everybody, and that's really going to move the market up.” Fairbairn calls this the “second wave of the EV” and with it he hopes will be attached a growing population that use renewable power and green advances. “There is a very strong correlation between people who buy green energy, have solar panels on their houses, and have EVs. The more people that incorporate these sustainable technologies in their lives, the more that becomes the norm,” the CEO claims.

As well as the external hardware used to power vehicles, the firm has developed software in the form of an app that is incorporated into the process. “Software is equally a part of the product experience, in the same way that the hardware is. The concept that we should think about the two separately is outdated – for us the whole thing is a hardware-software amalgamation,” the CEO says. Pod Point is also working with data to gain a greater understanding of how the UK is using EVs. Data is enabling the firm to better understand how and when to manage its energy flow, as well as gauge the best locations to target for new charging stations.

Pod Point sees a future that is simultaneously environmentally conscious and equally technologically unaware, in regards to its charging points. The company forecasts a growing population that deems environmental damage as unacceptable, with an awareness surrounding both the tangible aspects of the damage, such as visible air pollution from combustion engines, and less tangible aspects, such as global warming. In the same expectations, the firm aims to continue developing an infrastructure that continues to be used without revealing the high levels of technology incorporated within it. “We ensure the extent of technology we use is hidden from the majority of consumers. We hide how smart our chargers are so they feel like an entirely simple-to-use, easy interface,” Fairbairn notes.

In the coming years, Pod Points aims to keep up with a forecasted “astronomic technology adoption curve,” in which EV adoption grows at unprecedented rates. As well as the its upcoming milestones, Pod Point has aspirations on a much wider scale, making it a company of the future.