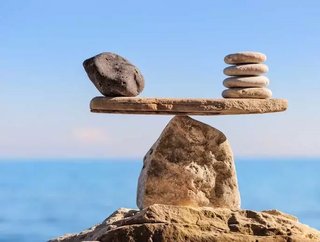 The airline intends to introduce new flight paths, offset journey emissions and invest in sustainable fuels to reach 2050 target Qantas has announced i...

Qantas has announced its commitment to investing AU$50mn in sustainable fuel and green initiatives, in a bid to offset its expected carbon emission growth during 2020. The airline is the second, behind British Airways, to make efforts towards a net-zero emissions target. It intends to achieve the offset through Jetstar, QantasLink and Qantas Freight from 2020.

Chief Executive of Qantas, Alan Joyce, said: “We’re effectively doubling our carbon offsetting program from today, and we’re capping our net emissions across Qantas and Jetstar from 2020 so that all new flying will be carbon neutral.” According to Joyce, “Qantas offsets all of its own travel needs and so do many of our customers. By matching their efforts, we’re hoping it will encourage even more people to offset and the program will keep growing. These short-term actions will go towards a longer-term goal of being completely net carbon neutral by 2050. It’s ambitious but achievable.”

There is still some debate around the efficacy of offsets, with some opponents suggesting that the changes do not contribute to any meaningful action. A common comparison is against ‘indulgences’ historically given by the ecclesiarchy, where a person would pay the church to pray for them to appease sins. This has become a common framework to discredit offsets after first being penned by George Monbiot in an article in The Guardian in 2006. In this, Monibot called offsets a way to “buy yourself a clean conscience by paying someone else to undo the harm you are causing”. The Voluntary Carbon Standard (VCS) has meant that a new standard for the certification of emission reductions has reached some uniformity and offsets are audited according to the Kyoto Protocol, meaning stricter, more clearly defined benchmarks for change.

The certification of action against climate change and a companies framework for offsets has meant that, older, less effective habits have fallen at the roadside. Planting trees was often praised as a valid offsetting tool, yet the beneficial results could take decades to come to fruition. With stricter guidelines companies must turn to more immediate results. Speaking of the comparison between indulgences and offsets, David Roberts, writer for Grist said:  "If there really were such a thing as sin, and there was a finite amount of it in the world, then indulgences would have been a perfectly sensible idea," Roberts has written. "The comparison is a weak and transparent smear, which makes me wonder why critics rely so heavily on it."

Qantas’ commitments are the largest offsetting initiative piloted by an airline company across the industry, accounting for around 10% of its customer flights. The initiative is intended to cover net-emissions from Project Sunrise, a plan to run non-stop flights between Australia, London and New-York. Qantas has already started offset projects around the Great Barrier Reef, which was hit in 2016-2017 by climate change induced bleaching. Fuel efficient aircraft as well as newly planned routes to increase operational efficiency are also being included in the plan. The new aircraft are set to replace the Boeing 747 in operation by Qantas by 2020. They burn 20% less fuel than traditional aeroplanes with the investment in sustainable fuel sources in mind for the future.