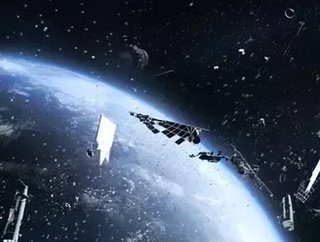 European Space Agency teams with ClearSpace to collect and clear space trash in 2025 mission as it poses threat to satellites, rockets and ISS

While 'space trash' sounds like a guitar band from the 1980s or conjures up the image of astronauts leaving crisp packets on the moon, this garbage is vastly more sophisticated.

Space trash – formally known as 'space debris' or 'kosmicheskiy musor' if you’re Russian – is abandoned spacecraft, old satellites and debris from human activity in space. The level of space trash has been growing since humans first entered space in the 1950s and current estimates stand at hundreds of thousands of pieces of space trash, none of them crisp packets.

How dangerous is space trash?

On Earth, litter smells, spoils green spaces and encourages vermin. In space, trash presents none of these problems. But as those who have seen the 2013 movie Gravity will know, space trash presents a danger to everyone.

As pieces of space trash become more fragile or collide against others, they break and multiply into tiny, lethal space bullets travelling at up to 28,000 kph. The European Space Agency (ESA) believes that a 1cm object could penetrate the International Space Station.

Satellites are used to monitor the weather, take photos and permit speedy communication. If one of these was hit by space trash, it would cause problems for many people on earth.

Most space debris remains in orbit, while some returns to Earth. The only person ever known to have been hit was Oklahoma resident Lottie Williams, who was struck by a piece of falling debris while exercising in her local park in 1997. “If you see [space trash] coming, run,” Williams warned ABC News.

Computers are able to detect space trash and their trajectory, warning satellites and spacecraft in time for them to be able to move out of the way. But with the volume of space trash growing, so is the risk of a collision. The damage could be fatal for astronauts, catastrophically expensive and severely impact the lives of those on Earth.

This week, the SpaceX crew were ordered to “brace for impact” when a piece of space trash was identified close to them.

Is there a solution to space trash?

Litter picking in space might see a higher level of volunteer applications than that for your local park, but scientists have created spacecraft to collect the litter.

The ESA has signed up with Swiss startup ClearSpace for a 2025 mission to begin collecting the trash, using a spacecraft with articulated arms to litter pick. Not the stuff of Hollywood movies, but a highly useful and potentially life-saving endeavour.

Mount Everest, the planet’s highest peak, is a popular destination for keen climbers and adrenaline junkies. After removing 11 tonnes of rubbish (and four bodies), the Nepalese authorities decided to ban single-use plastic in the region.

From the heights to the depths of human discovery, human waste follows. But in space, at least, it seems humanity has now reached its littering peak.