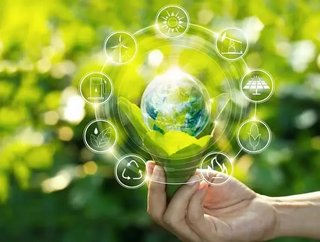 Total has signed an agreement with EREN RE to accelerate its growth in the production of power from renewable sources. Total will acquire an indirect...

Total has signed an agreement with EREN RE to accelerate its growth in the production of power from renewable sources.

Total will acquire an indirect interest of 23% in EREN RE by subscribing to a capital increase for an amount of €237.5 million. The agreement also gives Total the possibility to take over control of EREN RE after a period of 5 years.

Founded in 2012, EREN RE has developed a diversified asset base (notably wind, solar and hydro) representing a global installed gross capacity of 650 MW in operation or under construction. Its ambition is to achieve a global installed capacity of more than 3 GW within 5 years. The capital increase subscribed by Total will enable EREN RE to cover its financing needs to accelerate its development in the coming years.

“Total integrates climate challenge into its strategy and is pursuing steady growth in low-carbon businesses, in particular in renewable energy. By partnering with EREN RE, we are leveraging a team that has a proven track record in renewable power production, and we are investing in an additional asset to accelerate our profitable growth in this segment, in line with our ambition to become the responsible energy major. So we welcome to Total Eren into the Total Group!” said Patrick Pouyanné, Chairman and CEO of Total.

“EREN RE’s momentum will allow us to accelerate our growth in solar energy and move us into the wind power market. The agreement with EREN RE is a major step towards our objective of achieving 5GW of installed capacity in 5 years,” commented Philippe Sauquet, President Gas, Renewables and Power. “In line with the Group's integrated strategy along the oil and gas value chains, we are rebalancing our portfolio in renewables between the upstream manufacturing with SunPower and the downstream power production with EREN RE. Today we want to provide this high-potential company with the means to reach a new level and support its ambitions for international development.”

Pâris Mouratoglou, Chairman of EREN RE, said: "This strategic agreement allows us to join forces with a major energy player, with whom we share a strong desire for development in the renewable energy sector and an ambitious long-term vision. Our positioning is global and the Total Group's strength in international markets represents a tremendous accelerator ".

David Corchia, CEO of EREN RE, added: "We would like to thank Bpifrance, Next World, Tikehau and FFP who have accompanied us since 2015 and will continue to follow us alongside a global energy major. As part of this agreement, EREN RE will retain its managerial autonomy that has made its success since the foundation, in particular its agility, flexibility and speed of strategic decisions and their implementation. Thanks to our shareholders, the company, which was already one of the best capitalized players on the renewables market, will benefit from increased financial capacities to match its ambitions. This alliance is fully in line with our long-term vision: to transform an entrepreneurial project into a leading industrial group at international level."

The completion of this transaction remains subject to the approval of the relevant competition authorities.