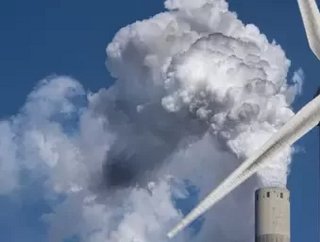 The UK government announced two days prior to Earth Day, that it will set the world’s most ambitious climate change target into law, to reduce emissions by 78% by 2035.

This Carbon Budget limits the volume of greenhouse gases emitted over a 5-year period, from 2033 to 2037, taking the UK more than three-quarters of the way to reaching net-zero, by 2050.

It will ensure that Britain remains on track to end its contribution to climate change, whilst remaining consistent with the Paris Agreement temperature goal to limit global warming to well below 2°C and pursue efforts towards 1.5°C.

For the first time, this Carbon Budget will incorporate the UK’s share of international aviation and shipping emissions.

On Earth Day (22 April), Prime Minister Boris Johnson will address the opening session of the US Leaders’ Summit on Climate, hosted by President Biden. The Prime Minister will urge countries to raise ambition on tackling climate change and join the UK in stretching targets for reducing emissions by 2030, to align with net-zero.

The government is already working towards its commitment to reduce emissions in 2030, by at least 68% compared to 1990 levels through the UK’s latest Nationally Determined Contribution - the highest reduction target made by a major economy to date. Today’s world-leading announcement builds on this goal to achieve a 78% reduction by 2035.

The new target will become enshrined in law by the end of June 2021, with legislation setting out the UK government’s commitments laid in Parliament tomorrow (Wednesday 21 April).

“We want to continue to raise the bar on tackling climate change, and that’s why we’re setting the most ambitious target to cut emissions in the world.

“The UK will be home to pioneering businesses, new technologies and green innovation as we make progress to net zero emissions, laying the foundations for decades of economic growth in a way that creates thousands of jobs.

“We want to see world leaders follow our lead and match our ambition in the run up to the crucial climate summit COP26, as we will only build back greener and protect our planet if we come together to take action.”

“The UK is leading the world in tackling climate change and today’s announcement means our low carbon future is now in sight. The targets we’ve set ourselves in the sixth Carbon Budget will see us go further and faster than any other major economy to achieve a completely carbon neutral future.

“This latest target shows the world that the UK is serious about protecting the health of our planet, while also seizing the new economic opportunities it will bring and capitalising on green technologies – yet another step as we build back greener from the pandemic we lead the world towards a cleaner, more prosperous future for this generation and those to come.”

The UK over-achieved against its first and second Carbon Budgets and is on track to outperform the third Carbon Budget which ends in 2022.

This is due to significant cuts in greenhouse gases across the economy and industry, with the UK bringing emissions down 44% overall between 1990 and 2019, and two-thirds in the power sector.

Moreover, the UK continues to break records in renewable electricity generation, which has more than quadrupled since 2010 while low carbon electricity overall now gives us over 50% of our total generation.