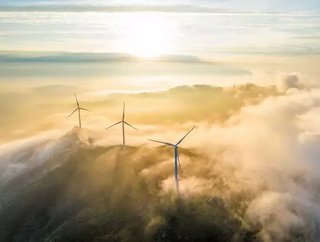 In a press release, Danish wind turbine company Vestas has set out its intention to produce zero-waste wind turbines by 2040. The company, which became...

In a press release, Danish wind turbine company Vestas has set out its intention to produce zero-waste wind turbines by 2040.

The company, which became the largest manufacturer of wind turbines in the world in 2013, is the first in its sector to make such a commitment. According to Vestas, this will be achieved through a combination of new waste-management strategies and the introduction of circular economic principles

“Establishing such an ambitious goal for waste reduction is paramount to ensuring a better world for future generations”, said Anders Vedel, Executive VP. “Leading the wind industry is not enough to combat the global challenges we face today. If we are to spearhead the energy transition, we must be an example for doing so in the most sustainable way, and this involves making sustainability part of everything we do”.

Vestas’ credentials as bonafide combatants against climate change were confirmed earlier in January, when the company pledged to become carbon neutral by 2030.

Placing the reality of an oncoming climate crisis at the core of its business, the company has said that its CO2 emissions will be reduced 55% by 2025 until finally reaching 100% carbon neutrality five years later. Vestas will also try to persuade its suppliers and partners to do likewise.

The transition will be a holistic transfer from fossil fuels to renewable energy, including switching to EVs for company cars and haulage vehicles. Vestas’ factories and offices have been powered by 100% renewable energy since 2013.

Considering the company’s move to be timely and in accordance with the broader needs of businesses and customers, CEO Henrik Andersen believes that Vestas, as an industry leader, has a responsibility to point out the way for others.

“To remain at the forefront of the energy transition we must do even more than today to meet the growing sustainability expectations of our customers, partners, investors and employees. Our commitment to become carbon-neutral is the right thing to do for all of us. Together, we will not just make products that build a more sustainable planet, but we will do so in the most sustainable way possible.”