A year ahead of schedule, BoA achieves carbon neutrality 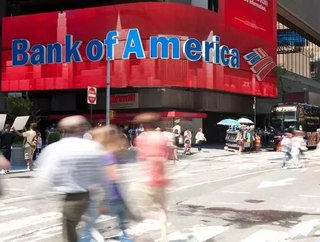 The Bank of America (BoA) has announced that it has become carbon neutral a year in advance of its 2021 target. BoA’s journey to this achievement has...

The Bank of America (BoA) has announced that it has become carbon neutral a year in advance of its 2021 target.

BoA’s journey to this achievement has been over a decade in the making, with the bank having cut its facilities’ emissions by 50% since 2010.

In the place of traditional fuel sources, BoA has installed on-site solar solutions for many of its sites, including on its ATMs, in its offices and in its financial centres. In addition, it has signed a series of long-term renewable energy agreements that will boost wind and solar capacity for the US’s grid, along with purchasing Renewable Energy Credits (RECs) to offset its carbon output.

“We are delivering responsible growth by focusing on serving our clients, investing in our teammates, supporting the communities where we operate – and by addressing important societal priorities,” said Brian Moynihan, CEO of Bank of America, in the firm’s announcement.

“Being carbon neutral is core to our $300 billion, 10-year environmental business initiative that is helping finance the transition to a low-carbon future.”

As a result of its success, BoA has been added to the Carbon Disclosure Project’s (CDP) A List. The list contains 179 companies worldwide to have been successful pioneers in the fight for carbon neutrality, take on the challenge of reversing climate change, and develop the infrastructure for a renewable future.

The CDP has driven carbon disclosure since the early 2000s, and the growth in companies disclosing their environmental impacts makes for encouraging reading. While in 2003 only 228 companies were disclosing their carbon output, 8,446 were doing so as of 2019, along with other metrics (such as water security, forest management, and climate change itself) booming over the past decade.