Yeo Valley and University of Sussex call for soil revolution 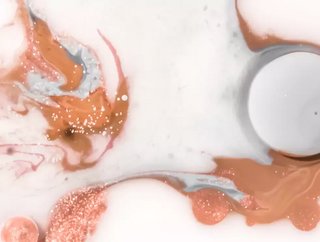 Less than half (47%) of Brits polled by Yeo Valley Organic have no idea that almost all food (95%) is directly or directly produced on soil. Meanwhile, less than half (36%) are unaware that soil filters our water, helps regulate the Earth’s temperature (35%), and stores more carbon than the atmosphere, and all the world’s plants and forests combined (22%).

Over two-thirds of Brits (68%) are also unsure what soil consists of. In response, Yeo Valley Organic is launching Save Our Soil – an initiative that encourages the nation to think about and protect the benefits of healthy, organic soil, and how crucial it is to our ecosystem and food chain, especially when it comes to milk production.

Healthy soil is one of the most under-appreciated and little-understood wonders of the world. It’s a vital component of our ecosystem as its nutrient-dense minerals help things grow, filter and clean our water, regulate the atmosphere and are fundamental for healthy food production. Food production relies on healthy soil on its farms, where its herds graze and its milk is produced, as it is the foundation of its regenerative organic farming system - providing important nutrients to plants and supporting biodiversity.

Organic soil also has the power to absorb and process carbon from the atmosphere, making it an important element in the farms efforts to mitigate climate change. By planting up to 10 different species of grass, clovers and herbs, Yeo Valley Organic’s family farm ensures their soil is fertile and structured to be more effective at storing an average 3.5 tonnes of extra carbon for every hectare – the greenhouse gas equivalent of driving your car around the world almost one and a half times (31,844 miles).

Despite the multiple roles soil plays in protecting and nurturing the environment, according to the UN, a third of the world’s top layer of soil is ‘endangered’[i] and its contribution to maintaining a healthy environment is undervalued. In fact, when it comes to tackling climate change, reducing food waste and recycling (51%), and limiting plastic use (62%) are deemed more important than protecting soil (39%) and choosing organic produce (20%)[ii].

Dave Goulson, Professor of Biology at the University of Sussex, says: “When it comes to food production, soil really is one of the most crucial materials. It’s concerning that less than half of Brits are willing to make changes to protect soil, so I am fully behind Yeo Valley Organic’s initiative to help the nation learn how much we rely on soil and realise the positive impact it has on nature and our planet. There are so many ways Brits can help preserve soil in their gardens.”

Over half of Brits (60%) appreciate the value of organic soil, agreeing that it contains more nutrients and minerals compared to ordinary soil - however only a third (34%) are willing to preserve it.

To encourage the nation to take action and protect one of nature’s most biodiverse elements, Yeo Valley Organic has initiated 'Save Our Soil' to shine a spotlight on the role soil plays in farming and nurturing the environment. The company believes that soil should have superstar status, so the initiative aims to educate Brits to protect the rich material that supports regenerative organic dairy farming and the grass that Yeo Valley’s organic cows graze on.

Dave’s top tips for protecting soil in gardens or allotments:

Catriona Mantle, Senior Category Manager for Yeo Valley Milk says: “Everything at Yeo Valley Organic starts with healthy soil, we could not produce our organic milk without it. As organic dairy farmers, we see ourselves as custodians of the land, which means we work hard to leave it better than we found it for future generations. This month, we’re encouraging Brits to educate themselves on the importance of soil and how organic products can contribute to protecting our natural resources by accessing our bank of helpful resources on our website and taking Dave’s tips on board.”

There are more living individual organisms in a teaspoon of soil than there are people in the world. In order to bring this astonishing statistic to life, and support the Save Our Soil initiative, Yeo Valley Organic has also teamed up with award-winning macro photographer, Matt Doogue, to capture fascinating microscopic shots of organic soil and milk. Check out one of his curious shots at the top of the story.