Béla Domokos, CIO of TerraCycle, discusses the importance of an agile tech infrastructure in order to fulfil the company’s goal of a circular economy...

With a Bachelor’s Degree in Computer Engineering from Budapest University of Technology and Economics and a further qualification in Business Management from Indiana University, Domokos combines a diverse background of career experience too. Previous roles include being an System Administrator at T-Systems International, Project Manager and Operational Excellence Lead at GE Digital and IT Manager at ALDI. He states that, from a technological standpoint, his progression to TerraCycle was in recognition that it was a company within which he could make a significant difference. “I felt that, because of its structure, every person at TerraCycle, no matter where they are on the ladder, has the chance to make an impact. In other companies that’s often not a possibility.” He goes on to say that corporate flexibility and the spirit of recognising those who demonstrate the capability for innovation is something he actively encourages in his leadership: “The idea of meritocracy and people being evaluated based purely on the quality of their work and not necessarily the time that they spend on it, I think, is getting more attention and is more relevant than ever.”

Part of the company’s agility stems from shifting standards within the IT sector which favour moving away from in-house designed applications and refocusing on using best-in-class tech from third parties. Domokos states that the laborious task of developing software for warehouse management, logistics, accounting, service management and other everyday functions can now be easily handled by outsourcing to cloud providers like Amazon Web Services (AWS). Summarising his philosophy, he says, “We don't build our own app server; we purchase one that meets our needs. If we later want to pivot to something else, TerraCycle can just cancel the subscription.”

This refocus on leadership became even more important when Domokos took on the CIO role in late 2018 and sought to enhance its scope across TerraCycle’s operations. Recognising that systems and processes are constantly changing and evolving in the IT world, he set about making the presence of technology and its importance felt more deeply within the company. “There was a need for my direct reports to be included in a lot more conversations,” he explains. “Making sure that IT-related vendor management was handled within the department, for example. TerraCycle grew from a small company that was super nimble and could pivot quickly; that’s something we want to continue.” Now with a stronger grasp on its portfolio, the company has gone on to strike more favourable deals than ever before. 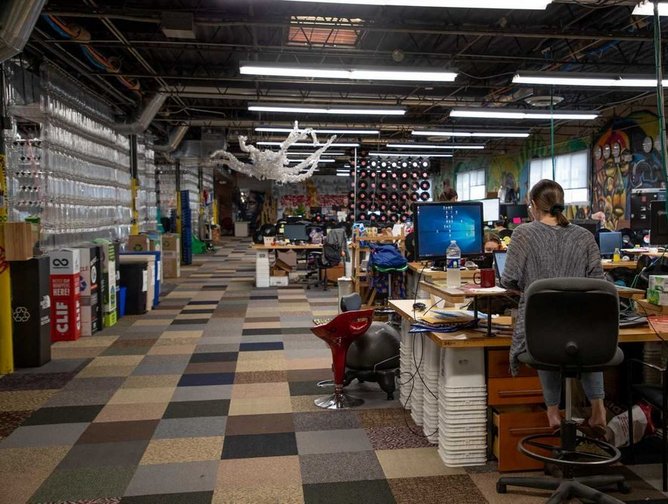