GACW has produced the game-changing Air Suspension Wheel and – at its helm – is a man whose passion for engineering solutions is unmatched.

To say that Global Air Cylinder Wheels President Zoltan Kemeny is passionate about mining would be an understatement. By his own admission, he thinks about mining – more specifically, wheels – 24 hours-a-day. The idea to drive mining wheels into the 21st century has been going around in his head for years, literally and figuratively.

The creation of a wheel to replace the archaic rubber tyre has been his ultimate ambition, and the Air Suspension Wheel (ASW) has been the realisation of a dream. Combining steel, pneumatics, energy-saving, durability and replaceable treads, his company has delivered a vital solution for an industry that is constantly under scrutiny.

Engineering guru, Zoltan, has also delivered a wheel that meets the growing sustainability goals of mining companies which are keen to prove their growing list of green credentials. The wheels perform better, last longer and are the perfect response to the reckless disposal of rubber tyres that has blighted the industry for centuries. Protecting the environment is top of the agenda for global mining operations across the world and Zoltan’s ASW has rewritten the principles of this enduring industry, allowing it to reassess its principles and convince nations of its relevance.

It is the latest chapter in a most extraordinary life. Zoltan originally obtained diplomas in surveying, architectural, civil, structural and seismic engineering before teaching ‘building and bridge design’ for a decade, as associate professor at the Budapest University of Technology and Economics, delegated by the Hungarian Academy of Sciences.

Then, in 1981, years before communism collapsed in Easter European countries, he escaped to Spain, where he worked as an architect, building luxury apartments and successfully using his patented experimental structures.

In 1983 Zoltan was granted political asylum in the USA and has lived there ever since. He works in the Phoenix metropolitan area in Arizona, where he has designed numerous hotels, bridges, freeways and other structures. He has also issued building permits at the City of Phoenix, AZ and, furthermore, is now a naturalised US citizen.

Remarkably Zoltan has written and co-written over 200 national and international technology patents – issued or pending – in the field of seismic, mechanical, structural, civil and earthquake engineering, as well as in medical electronics, semiconductor, control systems, green energy, engine technology and optics. He developed, prototyped and licensed many of his patents by himself.

Meanwhile, he has also contracted a short-run production of seismic isolators for data centers in Shanghai, China and sold his licensee upon request in Tokyo, Japan. In addition, he has funded two partnership enterprises, each operating for seven years, developing and producing his patented technologies.

He owns five small businesses and partners in two other enterprises, which are exclusively dedicated to his own patents.

The ASW has been trialed in South Africa and the United States, and is expected to roll out to global mines over the next decade. 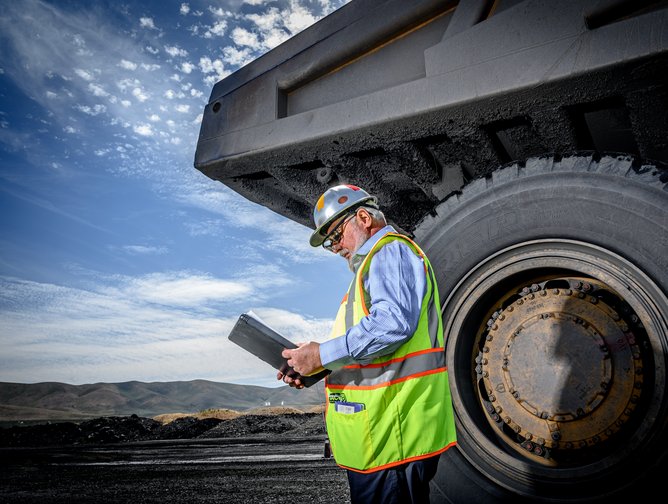