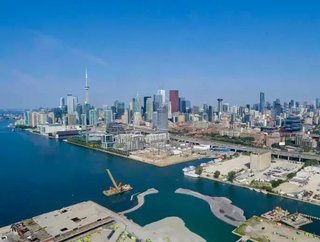 Sidewalk Labs’ project to transform Toronto’s waterfront into a smart city has come under threat, with a local movement concerned about costs and pr...

Sidewalk Labs’ project to transform Toronto’s waterfront into a smart city has come under threat, with a local movement concerned about costs and privacy.

The sister company of Google, which focuses on urban innovation, had plans to develop the city’s Quayside district into “the world’s most technologically advanced neighbourhood,” the Washington post reported.

The neighbourhood would include robotic waste collection, sidewalks that melt snow, and autonomous taxibots.

“We aim to combine world-class urban design with cutting-edge technology to set new standards for sustainability, affordability, and economic opportunity for Torontonians of all incomes, abilities, and ages,” claims Sidewalks Labs.

The company would also use sensors to monitor data in the district, such as air quality and how regularly benches were used.

The aim of the project was to make Quayside a more liveable area in the Ontario’s capital city.

However, the project, which is planned to be located on 12 acres of land, has received opposition due to concerns with privacy.

Sidewalk Labs invested $50mn on consultations over the space of a year regarding the project, and in creating a master plan that it submitted to Waterfront Toronto.