Benefits for those who start their green transition early 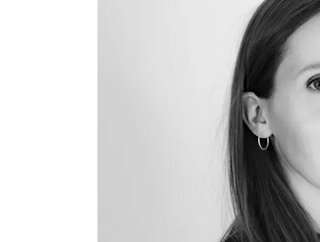 Olivia O’Brien, Senior Climate Consultant at Longevity Partners, on net zero & the benefits of businesses making an early start in the green transition

Last week’s IPCC landmark report warned in no uncertain terms that the effects of climate change are now a code red for humanity. The onus on businesses to kickstart their green transition sooner rather than later is now stronger than ever.

A recent report by the Bank of Scotland stated that 40% of UK SMEs are unsure of the benefits of being net zero. In addition to this figure, almost half of small businesses in the UK do not currently have a net zero strategy; statistics which may be surprising given the widespread coverage about the impact of climate change, especially following the latest IPCC release.

This uncertainty could be partly attributed to the slow creation of climate commitments at a governmental level.  Without enforced sustainable policies issued from the highest tier, businesses could be excused for not understanding how integral the green transition really is. However, with such prevalent and detailed dialogue on climate change available in recent years, it is nonetheless a disappointing figure. It is not only beneficial for businesses to transition for the wider societal gain, but the individual benefits of being a sustainably forward organisation are clear.

Businesses which prioritise improving their ESG stance are perceived as more fruitful long-term investments. As we approach net zero targets, investors are focusing on ESG assets to build out their portfolios. While the long-term benefits are evident, short-term benefits are clear too. Businesses which kick-start their green transition sooner rather than later can pre-empt regulation and therefore avoid non-compliance fines. In addition to this, on average, a portfolio with the best-performing environmental stocks could have up to 7% greater annual returns, rendering such assets a very attractive prospect for investors.

Companies with environmental ethics are sought-after by job-seekers

From an employment perspective, it is becoming increasingly apparent that workers rank potential employers higher if they demonstrate visibly sustainable practices.

In a study of 2,000 British workers, 64% of millennials noted that they would not take a job with a company that was not socially responsible and according to a survey by Reuters, 72% of office workers are concerned about environmental ethics. It is clear that for businesses to remain attractive companies to work, they need to show that they are doing their part to reduce their contribution towards climate change.

The effects of climate change have become increasingly more apparent in recent years, reaching new heights with the IPCC report last week. It is every organisation’s responsibility to be part of this risk management, and by sidestepping government processes and policies, green initiatives can be implemented faster by businesses.