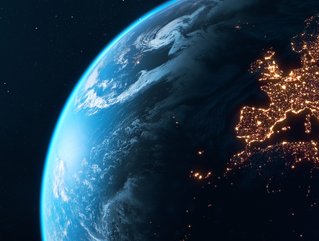 Saving Earth from space: an opinion piece on how satellites could be the best weapons we have to fight climate change and adhere to net-zero targets

Time seems to have moved differently for everyone since early 2020 when the Coronavirus pandemic put much of the world under lockdown.

But those of us in the sustainability space know that, no matter how many Netflix binges seem to pull us into a timeless void, we’re all inevitably hurtling toward one date: 2030.

That’s the deadline given to us by top climate scientists to stop — and hopefully reverse — global warming to avoid catastrophic consequences.

That’s a hugely ambitious goal. So understandably, many of us are looking to revolutionary new technologies to help us achieve that goal.

But really, one of the most revolutionary technologies we have to fight climate already exists. In fact, it’s been around 1958. And it’s more commonplace than you might think. In fact, you see it just about every night when you look at the sky.

I’m talking, of course, about satellites.

Here’s how satellites can really make a difference when it comes to meeting the UN’s 2030 sustainable development goals.

Organisations with large landholdings — whether they’re governments or commercial organisations — have to survey their territories if they want to understand how to create and meet sustainable development goals.

But for these organisations, understanding their territories isn’t as simple as stepping outside and pointing out areas where they can improve. To understand even surface-level facts about landholdings, these organisations have to survey huge swaths of land and huge collections of assets.

To inspect these areas manually would typically require months. And to conduct surveys of metrics such as biodiversity — going out into the field, making observations, compiling data, analysing that data — could take more months, even years.

But satellites can scan and collect data on large parts of the Earth in a matter of hours. By supplementing or replacing manual inspections with satellite-powered surveys, organisations with large landholdings can dramatically cut down overall inspection times.

And when we’re running down the clock, it’s critical that we take steps to shorten the amount of time it takes to act on our sustainable development goals.

If organisations don’t know their starting points for critical sustainability metrics, how can they commit to making real improvements?

Satellite analytics can help take the guesswork out of baseline measurements. With a holistic view of their territories and assets, satellites can give organisations near real-time measurements for metrics like greenhouse gas emissions, biodiversity, and restoration progress.

With objective measurements for starting points — which are often based on guesswork and averages — organisations can commit to making real change. From their real baselines, they can measure actual changes and improvements over time.

Prioritising changes that will make the biggest climate impact

With limited budgets and limited time before 2030 hits, organisations need to identify the changes they can make that will deliver results today. With the holistic perspective and granular data satellites can provide, organisations can identify actions that are the most urgent or that will make the biggest difference.

And when organisations pair satellite analytics with sophisticated data processing tools like artificial intelligence (AI), they can dramatically cut down the time it takes to analyse all that data.

By using AI to process and analyse baseline and historical data provided by satellites and proprietary data like budgets, timelines, and goals, organisations can create concrete, actionable plans to reduce climate change.

Satellites can provide continual scans that show how organisations’ actions are making an impact. With a record of change over time, organisations can have an objective measure of the concrete ways they’re reducing or offsetting global warming.

Continual satellite monitoring can also show where organisations’ actions are not having the desired impact.

With 2030 right around the corner, organisations don’t have time to wait months or years to see if their sustainable development plans are actually sustainable. Near real-time results from satellite, scans can help organisations identify areas where they need to change their plans.

Satellites can help organisations clean up in time for 2030

We have a long way to go to fight climate change. But it’s a fight we have to win relatively quickly.

We can’t tackle all of our sustainability problems at once. But when we can see where our biggest issues lie, we can make informed choices about which of them to tackle first and even how to offset less-than-green actions with more sustainable solutions.

While many emerging green technologies are promising, many of those innovative solutions are still “in development.” But satellite technology exists right now. Satellites might be our best weapon in the war against irreversible global warming. They can scan large territories quickly, and send back near real-time data, giving us a holistic view of all the places where we can make improvements.

There is no cleantech panacea that will solve our climate change problems once and for all. Satellite technology can help us take action now before it’s too late to take any action at all.