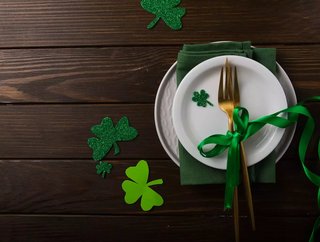 Leveraging innovation could cultivate new agricultural breakthroughs, making Ireland the most responsible and sustainable food producer on Earth, according to a renowned local luminary.

Economist and author David McWilliams has insisted that Ireland can become a pivotal carbon-neutral, resource-efficient and sustainable food producer – possibly the most influential on the planet.

He does acknowledge, however, that there are considerable obstacles on the country’s trailblazing journey to complete energy-efficient and sustainable food production.

McWilliams also claims that the widely-held belief within the EU that reducing food production thus reduces carbon emissions does not tally.

“For the European Union to get an aggregate reduction in carbon emissions,” said McWilliams at the Alltech ONE Ideas Conference. “It would seem to me much more logical to favour those countries that have had an evolutionary, ecological or environmental gift, in order to actually produce more, not less, because your input-output ratio is so much lower than it is either in the parched Mediterranean or in the frozen tundra of the North.”

Reflecting on the situation in the US, McWilliams said its agriculture output had tripled between 1948 and 2015, with exponential gains in efficiency. Surprisingly, agriculture only contributes to 7.5% of total US greenhouse gases, far below the 30% attributed to cars.

“I think American culture is changing, at least when you see it from the outside,” said McWilliams said of President Biden’s approach. “He's saying, ‘There's no point being wealthy if the wealth is only in the hands of a small minority. The wealth has to trickle down to everybody else.’”

McWilliams concluded that for Irish agriculture to modernise and grow, it should use one of Ireland’s leading sectors – technology – as a frame of reference.  It currently generates over $25 billion in exports.