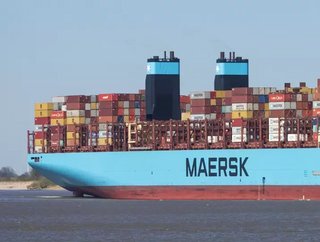 Maersk moves towards decarbonisation with an order of new vessels powered by green methanol, which is produced through biomass and solar energy

Freighter company A.P. Moller-Maersk has announced that it has ordered eight new vessels, which are run on carbon-neutral methanol.

This is to accelerate the decarbonisation of its freighter fleet and satisfy customer demand for greener transportation.

Maersk is headquartered in Copenhagen, Denmark, has a revenue of US$29bn and is the world’s biggest shipping company.

90% of world trade is transported by sea and global shipping accounts for 3% of the world's CO2 emissions.

Maersk to use carbon-neutral methanol as fuel

The Danish company has vowed to only order new vessels which can use carbon-neutral fuel as it seeks to deliver net-zero emissions by 2050.

As vessels typically have a lifetime of 20-35 years, this means Maersk must have a carbon-neutral fleet by 2030.

The eight vessels, which can each carry 16,000 containers, will be built by South Korea's Hyundai Heavy Industries and are expected to be ready by 2024.

The vessels will be 10-15% more expensive than traditional vessels and will each cost US$175mn.

The new vessels will be fitted with engines which can run on:

Over half of Maersk’s largest customers, such as Amazon, Disney and Microsoft, are also in the process of cutting emissions across their own supply chains.

"We're in it for our customers. They are very appreciative of this and demand is really growing", said Morten Bo Christiansen, Maersk's head of decarbonisation.

By working together, a carbon-neutral future is achievable.