A people approach to sustainability with HLM Architects 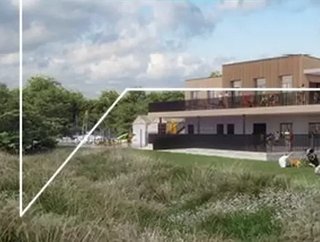 Philip Watson, Director and Head of Design at HLM Architects, on creating a healthier environment and a people approach to sustainability

HLM Architects combines economic design with environmental infrastructure, to create socially stunning spaces, from education and healthcare facilities to homes. The company is headquartered in Sheffield, UK and has a revenue of $100mn.

“It’s not just about reducing carbon but making a healthier environment for people” - Philip Watson.

I believe that, by-and-large, people get the theory, philosophy, and ethics behind environmental sustainability. They understand and agree with it.

However, for many clients who commission buildings, it’s often pounds and pence that drive their investment decisions. The capex (capital expenditure) of a project is the ultimate decision driver.

What we tried to do when fighting the ‘environmental sustainability wars’ from the early nineties wasn’t to persuade clients of environmental ethics – because that argument wasn’t cutting through – rather we attempted to persuade clients to focus on operational expenditure instead. To realise that outlay over the lifetime of a building would far outweigh the capital costs. Simply put, opex (operational expenditure) would far outweigh capex; and therefore, a sustainable approach to building would save them more in the long term.

Occasionally we were successful; foresighted clients who owned and operated a building asset could be persuaded by the merits of this argument, and make informed decisions based on it.

Looking back, we got it wrong with this approach too. A large majority of people commissioning buildings didn’t consider the operational expenditure, as their project involvement ended once construction was complete. For those who were keeping the resulting buildings, the opex argument wasn’t resonant enough. This is because when we consider the operational expenses of a typical business, on average:

In focussing on energy costs, then, we were focussing on the 1%, which even if we reduced by 25%, would only result in a 0.25% reduction of overall costs – not necessarily a strong argument for changing the whole design approach! What we missed is a focus on what I call the ‘peep-ex’ – expenditure on people. We missed the impact of the built environment on people – their health and wellbeing. We know that if the environment is better for people, then they will work more efficiently and effectively, be more focussed and engaged, more productive and creative – which will lead to a higher staff retention rate and less sick leave.

By creating a building environment that improves the staff’s efficiency by, let’s say 10%, you’re impacting on the 90% of the costs – improving this by 9% – and therefore providing a much bigger business impact than a focus on energy costs. Essentially, by producing more sustainable buildings, we can improve our return on investment in people-ex, purely by adopting this more meaningful approach to designing our projects.

Designing environments with better quality light, acoustics, ventilation, space, connectivity, and access to the outdoors and natural materials/ biophilia needs to become the norm. Thankfully, the recognition of the impact of these factors on productivity is increasing and is reflected in the number of sustainable architectural projects we are seeing and being asked for – but we are still far behind where we need to be.

We have gone from having to define sustainability, back in the early years of my career, to now adopting it as part of the lexicon in the industry. More latterly, the whole idea of the currency of carbon has become much more prevalent, the government has declared a climate emergency, and this is now driving policy – for example, becoming carbon neutral by 2050 (England).

The new challenge is now considering where legislation is driving environmental sustainability. We need to focus on the impact of the environment on people and social value, as well as defining what net zero carbon means and how we achieve it.