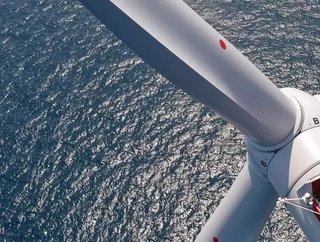 The New Jersey Board of Public Utilities (BPU) has issued an order awarding Ocean Wind 2 a 20-year OREC (Offshore Renewable Energy Certificate) for its proposed offshore wind farm, with a capacity of 1,148 MW.

Ocean Wind 2 is being developed by Ørsted, a Danish renewable energy company with a revenue of $8b. The project will be located adjacent to Ocean Wind 1, the company’s first project in New Jersey.

Ocean Wind 2 will deliver several landmark investments that will generate over $4.8b net benefit for New Jersey and it is expected to be commissioned in 2029.

“It’s an honour to be selected again by the New Jersey Board of Public Utilities”, said Martin Neubert, Deputy CEO and Chief Commercial Officer at Ørsted. “With Ocean Wind 1 and 2 we will deliver over 2,200 MW of offshore energy to the Garden State while attracting leading manufacturers to New Jersey. Today’s award demonstrates Ørsted’s ability to deliver compelling bids and is an important next step towards reaching our recently announced target of globally installing 30 GW of offshore wind capacity by 2030.”

“New Jersey, through Governor Murphy’s 2019 executive order, has one of the most ambitious offshore wind energy and clean energy targets in the country”, said David Hardy, CEO of Ørsted Offshore North America. “We are proud to play a role in helping New Jersey reach this target, while at the same time helping to create new jobs by attracting suppliers and sub suppliers to the state, and through our facilitation of the expansion of EEW monopile facility.”

Furthermore, Ørsted has previously been awarded the following US offshore wind projects:

In addition, Ørsted and its partners have rights to approximately 4 GW of seabed leases on the US East Coast that can be developed and submitted into future US offshore wind auctions.