Solar panels in space - an option for IKEA and Apple 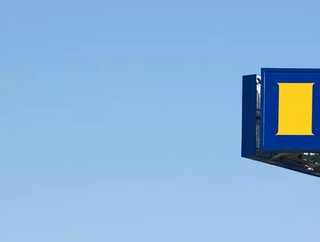 Solar panels can only generate solar power when the sun’s rays hit them. On Earth, this renewable energy is well suited to long summer days but less suited to the winter.

The potential of solar power extends beyond rooftop accessories and some engineers have plans to build solar panels in a place with an unlimited supply of solar energy: in space.

Solar power has already been used off-planet, powering Earth’s oldest artificial satellite in orbit, Vanguard 1, launched by NASA in 1958. The satellite’s solar cells died in 1964, and Vanguard 1 is now one of 3,000 dead satellites still orbiting Earth. Replacing the spacecraft’s solar cells would have been a lot more expensive than replacing those on a roof.

However, our Sun has seven billion years of energy left to fuel the solar power industry. Off-planet ideas are sounding less like science fiction and more like reality.

Earth-based solar power is weaker in the winter and ceases at nighttime, but solar disks in space could have their trajectory positioned for the panels to capture endless sunlight.

The European Space Agency and the USA are exploring the possibilities.

A Solar Station on the Moon

From Earth, we see many different Moon phases, but the Sun almost constantly covers one half of the Moon in sunlight - ideal for solar farming. Energy captured there can be sent back to Earth via a wireless transmission.

The Japanese company Shimizu is considering building a Luna Ring to capture solar energy, which could be seen from Earth. The energy would then be beamed back to earth via wireless technology.

Many businesses are already using solar power, with a public commitment to expand their renewable energy policies.

In April, Apple unveiled that the company would build a battery-based renewable energy storage facility in California. Apple’s properties already use solar power throughout the Golden State. The storage facility will allow Apple to store energy reserves for nighttime when the solar panels cannot provide energy.

“In a year like no other, Apple continued to work with a global network of colleagues, companies, and advocates to help make our environmental efforts and everything we do a force for good in people’s lives — and to work alongside the communities most impacted by climate change,” said Lisa Jackson, Apple’s vice president for Environment, Policy, and Social Initiatives.

In 2012, Ikea launched The IKEA sustainability strategy, People & Planet Positive, with the ambition to ensure that the business and value chain subscribe to a strict sustainability agenda. “Our sustainability ambitions and commitments are set for 2030 in line with the UN Sustainable Development,” the company said. In addition to selling outdoor solar-powered lighting, Ikea also hosts 750,000 solar panels on the roofs of their buildings.

Although Vanguard 1 is lost to the ages, solar power is far from being forgotten because regardless of the pros and cons, the problems and the exciting developments - renewable energy is infinite, and fossil fuels are dying. Gas, oil and coal have proved to be dangerous to people, and the planet. Meanwhile, harmless hydro, wind and solar power technology are evolving each year with incredible potential.

As the deadline for the last drop of oil draws nearer, solar power scientists continue to work to overcome issues of size, cost, and customer satisfaction, and Sustainability will continue to cover these developments.