Astroscale’s space cleaning gets a boost from Tokyo 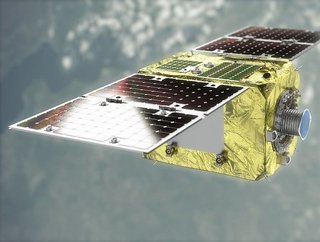 In a press release, Japanese tech startup Astroscale shared news that it had received a US$4.5mn grant from the Tokyo Metropolitan Government.

The grant, part of the city’s ‘Innovation Tokyo Project’, will assist Astroscale in developing its market-leading technology and fulfill its purpose of removing space debris to maintain Earth’s orbital sustainability.

Pleased that Tokyo’s Government has realised the value in Astroscale’s project, Chris Blackerby, COO, is confident that the grant will allow the company to flourish. “To address the issue of space debris removal and mitigation it is necessary to both advance innovative technologies and cooperate on policy,” he said.

“The support provided by the Tokyo Metropolitan Government allows us to do both in order to further develop the business case for Astroscale services and build upon the great momentum we have been gaining in maturing the market.”

A unique opportunity to clean up space

Based in Tokyo, Astroscale was founded in 2013 by CEO Nobu Okada. Recognised around the world as a unique and important project, the company has previously received a £4mn grant from the UK Government in 2018 and a further US$50mn from several other groups of Japanese investors the same year, including Mitsubishi and SBI Group (as detailed here).

Estimating that there are approximately 750,000 pieces of space debris orbiting the planet, which poses a serious threat to spacecraft entering/leaving Earth’s atmosphere, Astroscale is currently developing its first mission: End of Life Services by Astroscale – demonstration (ELSA-d).

Hoping to commence its initial operations in early 2020, the demonstration will consist of two spacecraft called a ‘Chaser’ and ‘Target’ respectively. Once in orbit, these spacecraft will then pull away and draw back to each other repeatedly, capturing debris in the process.

“The recognition of how to address the threat of space debris has changed drastically in the five years since Astroscale was founded,” said Okada. “Government officials and the private sector are now ready to support debris removal as a business.”