Data centres and their impact on climate change 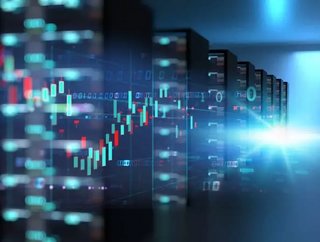 When thinking about big industries needing to adapt in our green vision of the future, most probably wouldn’t consider the data processing sector. A...

When thinking about big industries needing to adapt in our green vision of the future, most probably wouldn’t consider the data processing sector.

A report by Anders Andrae, a senior researcher at Huawei, predicts that by 2025 data centres will account for 33% of global electricity consumption. Every action you take online requires the data you’re using to be stored in a physical location somewhere. The number of global smartphone users is estimated at 2.71bn and, whether they’re scrolling through pictures on Instagram, watching sports highlights on YouTube, or looking something up on Wikipedia, large quantities of data are being used every day and everywhere. In 2016, The Independent reported that the data industry consumed 416.2 TWh of electricity, a figure overshadowing the total consumption of the entire UK, which was approximately 300 TWh.

The fortunes of data giants like IBM, Oracle and SAP are a truly modern success story. However, aside from the electricity consumed to actually power the servers, a logistical problem these companies must overcome is a microcosm of the dilemma our planet is facing: overheating. Air cooling technology is both expensive and relatively inefficient - a survey by Science Direct found that, from a sample of 100 data centres, 61% are operating with systems running at their lowest efficiency. And so it is that these often totally anonymous-looking warehouses filled with servers are consuming a vast amount of global energy.

Strategies to tackle the challenge

Liquid cooling solutions: The most immediate way to address the problem is to increase the energy efficiency of the data centres and their cooling systems. A report by The Insight Partners found that switching to liquid cooling can reap a 20-30% reduction in power consumption. To that end, Schneider Electric decided to inject fresh momentum into a shelved project with cooling-industry specialist Iceotope and technology company Avnet in October 2019. A press release for Schneider discussed its goals for collaboration and explained the benefits of a liquid-cooled system: efficient, silent, resilient, and compact.

Relocation: An obvious way to reduce the power consumption of cooling systems is to negate the need for them. Moving a data centre to a colder location could lead to significant long-term savings, with the added bonus of creating enough ‘slack’ for renewable energy sources to realistically take over. In 2013, Facebook opened its data centre in Lulea, Sweden for this reason. At 27,000 sqm, it was a big investment for the company, which CEO Mark Zuckerberg continues to expand on with further investments of almost US$1bn reported in 2018.

A strong, eco-friendly focus: The scale of the issue has thrown down the gauntlet to data companies, and many are seeing the situation as an opportunity to increase efficiency through renewable energy. Google announced in last year’s environmental report that, “In 2018, we matched 100% of the electricity consumption of our global operations with renewable energy for the second year in a row”. In addition to being carbon neutral since 2007, Neha Palmer, Operations Director for Google’s energy and location strategy, stated, “Our first priority is to use as little energy as possible, operating our offices and facilities sustainably, with a strong focus on our data centres”. This approach has apparently paid off, with Google claiming its data centres are twice as energy efficient as typical industry competitors.