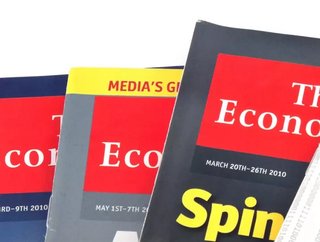 The Economist Group and Climeworks have united in a desire to reach net-zero. Yet carbon capture remains out of the financial reach of many

In addition to lowering greenhouse gas emissions, the need for direct CO2 capture and storage technology is needed to fight climate change.

After years of discussing direct CO2 capture, The Economist Group is the first media group to include carbon dioxide removal in its sustainability strategy, with Climeworks’ solution.

Climeworks is a Switz company which creates machines that are capable of reversing climate change, by permanently removing carbon dioxide from the air.

With the air-captured carbon dioxide, it is either stored safely in the earth or upcycled into climate-friendly products, such as carbon-neutral materials.

In 2017, The Economist published an article, claiming “greenhouse gases must be scrubbed from the air” and emphasised the scientific consensus outlined in the Paris Climate Agreement.

The Economist also called for carbon removal technology to become more affordable, as for some companies it is simply not commercially viable.

However, as more businesses buy into Climeworks’ carbon capture machines, it becomes more unacceptable for bigger companies to not follow suit.

The Economist outlined in a 2020 article: “Which technologies and firms flourish, will depend to a large degree on getting the right pattern of regulations, subsidy and pricing”.

“We are very grateful that our technology is a key component in The Economist Group’s sustainability strategy”, said Christoph Gebald, co-CEO and co-founder of Climeworks. “To see that opinion leaders are walking the talk is an important and inspirational step in the fight against climate change.”

Group’s sustainability strategy, as our primary focus is on emissions reduction” said Lara Boro, CEO, The Economist Group. “We believe that nascent technologies, such as direct-air capture, will be an important component in the mix of solutions for global emissions to reach net zero by 2050 and it lies in our nature to press for progress.”