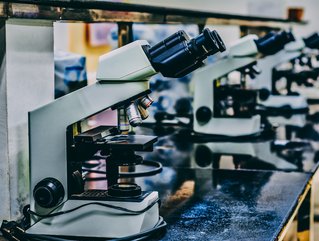 The Brazilian Agricultural Research Corporation or Empresa Brasileira de Pesquisa Agropecuária, commonly referred to as Embrapa for short, operates under the Brazilian Ministry of Agriculture and aims to provide solutions for the sustainability of agriculture with its 8,000 employees plus 2,200 researchers in its 43 research centres.

Celso Moretti, the current president of Embrapa, has been with the state-owned research corporation for approximately 25 years as a researcher at this organisation, translated as Brazilian Agricultural Research Corporation

"Basically, our mission is to provide solutions to the problems of Brazilian agriculture," said Moretti. "We work basically from A to Z, from alfalfa to zucchini. [Embrapa was] established back in 1973 when Brazil was a food-insecure country. "

Back in those days, Brazil was a net food importer. The country imported beef from Europe, milk from the US, and even beans from Mexico. Consequently, rural food poverty was widespread.

The Brazilian government was deeply concerned. They didn't even know if the country could have enough food for the growing population, so they established Embrapa.

"In the very initial years, we hired and sent 1,000 researchers abroad so they could get their masters, their PhDs in the best universities. And then four or five years ago, they came back, and they now are developing what we call tropical agriculture," said Moretti. "That was one of the key success factors that we had to transform Brazil from being a food-insecure country to become one of the largest powerhouses in food, fibre, and bio energy." 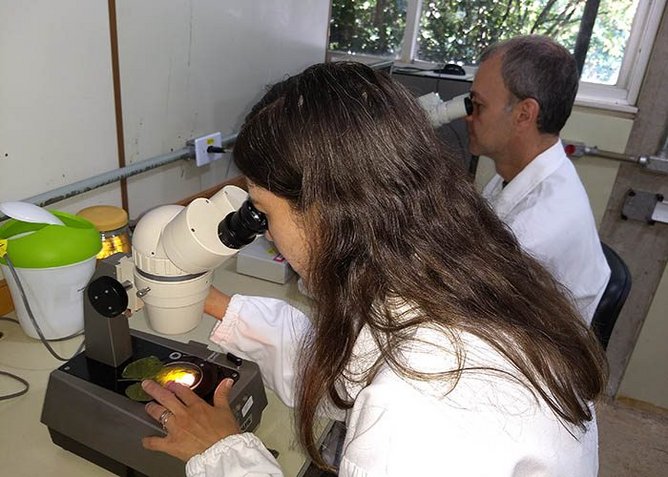 The evolution of Brazilian tropical agriculture

During the last five decades, Brazil developed a one-of-a-kind science-based tropical agriculture up to the point that the country is able to produce food enough to feed 800 million people around the world, which is almost four times Brazil's population. Embrapa aims to do this while still maintaining the sustainability of the lands.

"We protect or preserve two thirds or 66.3% of our territory, which is equal to 5.6, 4 million square kilometres, which is 564 million hectares," said Moretti. "Of course, we have problems in Brazil with illegal deforestation and illegal mining in the Amazon. But it's very important to mention that we are protecting the environment, and we can expand the area of production in Brazil without cutting once in three from the rainforest."

According to Moretti, the narrative that the rainforest is the most important thing when discussing sustainability is not entirely correct since 98% of all the oxygen in the world is produced by algae and phytoplankton that live on the surface of the oceans.

Tired of having Brazil constantly being blamed for the condition at Amazon, Moretti has been travelling the world bringing his sustainability talks to share the idea is to show how Brazil can actually produce food and protect the environment at the same time with the support of Apex Brasil, the Brazilian government's trade and investment promotion agency.

"We [have been] transforming Brazil and its agriculture during these last five decades, [and] there are three different pillars. Number one, we transformed acidic and poor soils into fertile land. We did that in the Brazilian Savannah. We are talking about an area of 204 million hectares," said Moretti. "The second pillar was tropical agriculture that adapts to the tropics, plants and animals."

The country introduced soybean from China in Southern Brazil and managed to grow 37 million hectares of soybean. Brazin then brought pastures from Africa to be adopted in Brazil as well as cattle from India and the Netherlands.

"We adopted them to the tropical belt. We developed a hybrid using technology," said Moretti. "Then, in Brazil, we have a public policy called low-carbon agriculture. The world is talking about the net-zero economy, and Brazilian agriculture [has been] doing this for the last 25 years already."

"We have pines or eucalyptus in the very same area, so the amount of methane that is [produced by] the animals is neutralised by the agricultural or the forestry system," said Moretti. "We had a third party company certifying the process. We are also working on carbon-neutral milk and carbon-neutral coffee."

Brazil is a big food producer. Due to this, the country needs a massive amount of fertilisers. The government realised that Brazil imports 85% of the fertilisers they use, with 44 million tonnes of fertilisers consumed last year only. Out of this number, about 37 to 38 tonnes were imported.

"I know plants, they need three different minerals; nitrogen, phosphorus and potassium. When you think about potassium, there's only Russia. They export 50-55% of all the potassium that we use in Brazil and agriculture," said Moretti.

"That puts a big challenge for us right now because of the war in Ukraine. Our growers already have the fertilisers that they need for the winter crops and for the summer crops. We are going to the fields next September. But, this war, we don't know when it's going to happen," said Moretti. "So we are developing, and we are using other technologies to reduce this dependency on imported fertilisers."

Moretti and his team plan to go to 48 different regions in Brazil to learn how to use better fertilisers that can both increase efficiency and reduce the cost of producing food to reduce $1 billion in costs for the next season.

This happens just in time that Brazil has started to get ahold of tropical wheat cultivation. The only commodity that Brazil still needs to import is wheat. Although Brazil does not buy wheat from Ukraine, they are still uneasy about the potential consequences.

"Ukraine is one of the largest wheat growers in the world. But as the production of wheat in Ukraine is going down," said Moretti. "As we are importers of wheat, so that's, that will have a direct impact on the price of bread, pasta and other food that we consume in Brazil."

With the 12-years' worth of research and development, the country turned to Southern Brazil, close to the border of Argentina, to create a temporary region to produce wheat in Brazil.

"We have 2.3 million hectares of wheat there. We also produce wheat here in central Brazil, 100,000 hectares of high-quality wheat, the 50% protein wheat, which is what we call the bread wheat," said Moretti.

"To summarise this story, we see that Brazil, in five years, depending on the public policies, investments, and the credit, can move from being a natural food importer of wheat to becoming one of the 10 largest exporters of wheat in the world."