Power of the people – the rise of alternative fuel vehicles 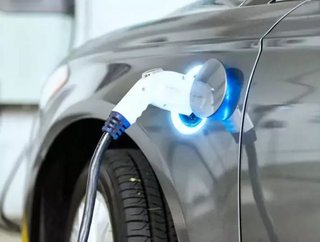 The world is changing. Whether in politics or the world of sports - established orders are being challenged. And the world of transport is no different...

The world is changing. Whether in politics or the world of sports - established orders are being challenged. And the world of transport is no different, with the mass uptake of alternatively fuelled vehicles (AFV) fast approaching. Recent survey results from CLM show that drivers are more receptive towards AFVs than ever before. Almost 90% of UK drivers believe that, in 20 years’ time, most or all vehicles sold will run on alternative fuels and 66% said that they definitely won’t, or are
unlikely to, choose a diesel option as their next car.

Unsurprisingly, the biggest driver of these changing attitudes to AFVs is the UK’s increasing environmental concern. Recent polling from the Department for Business, Energy, and Industrial Strategy found that 80% of the population is either fairly or very concerned about climate change. Climate protests, such as those led by Greta Thunberg and Extinction Rebellion, have led MPs to declare an ‘environment and climate emergency.’ And, with three-quarters of drivers claiming that protecting the environment is an important part of who they are, it’s clear that manufacturers are facing a new type of driver.

There are other contributing factors. Choice, for example, is also increasing. There are now more than 40 AFV models available on the UK market, with manufacturers expected to increase this by at least 50% by the end of 2019. Meanwhile, the world’s largest AFV market, China, is pivoting from simply copying other nations’ models, to designing its own. As choice increases, so does the likelihood of customers finding vehicles that meet their requirements.

Financial incentives, such as the Government’s revised benefit-in-kind tax rates for AFVs, also encourage customers to be more disposed to buy an AFV. From April 2020, company cars producing between one and fifty g/km CO 2, and that are capable of travelling more than 130 miles on battery power alone, will be taxed at just 2% of their value. For anyone about to select a new company car, there will be a significant monetary incentive to choose a highly efficient AFV. Such an incentive would increase considerably if the UK were to copy the more generous AFV tax incentives in countries like Norway.

And finally, although far from perfect, charging infrastructure for plug-in AFVs has also expanded drastically recently. The UK possesses a reported 8,237 charging locations and 22,557 connectors. That’s up from 5,441 locations and 15,537 connectors just 12 months ago. 1 The Government’s recent announcement of a £400m fund dedicated to charging infrastructure should also consolidate this progress. The easier consumers believe it will be to regularly charge an electric vehicle, the more open they will be to buying one. The same is true for range; with battery technology improving, the average journey range of battery electric vehicles (BEVs) on sale has now passed the 200-mile mark. This, combined with government plans to open the UK’s first battery ‘gigafactory’ soon, will assuage fears that AFV technology is incapable of supporting the average person’s requirements.

But for all the positives, there is still work to do. Public misunderstanding of AFVs remains a problem. Drivers are unsure of the charging times and ranges of AFVs and while 65% of drivers are able to correctly define Battery Electric Vehicles, only 36% and 25% are able to define Hybrid Electric Vehicles and Plug-in Hybrid Vehicles respectively. Likewise, manufacturers marketing vehicles with their own terminology, such as Toyota’s “Self-charging hybrid”, only exacerbates the situation and causes confusion. Providing customers with clarity is required if the market is to expand beyond adventurous and affluent customers and persuade the majority of drivers to make the switch. The Government’s introduction of an electrical vehicle accreditation scheme, for vendors who provide such clarity, is a step in the right direction.

We have reached an exciting point on the journey of AFVs. Scepticism is dissipating and consumers are starting to view them as realistic options. For those disposed to environmental concern, a potentially impactful change in customer behaviour becomes more likely by the day. However, to progress beyond this tipping point, further public outreach is required. Improving understanding of AFV technology and its viability would be a good place to start. Combined with further technological
and infrastructure improvements, alternative fuel vehicles can become a realistic option for all.For further information on this subject and to view the driver research undertaken by CLM Fleet Management, please visit www.clm.co.uk/afv/

Andy Short is the Commercial Director at CLM