Robotics and autonomous systems: a help or a hindrance? 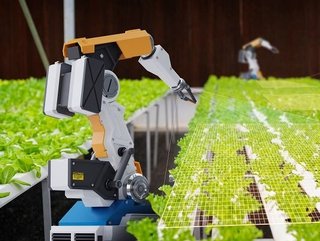 An international team of researchers at the University of Leeds has conducted a horizon scan to evaluate the impact robotics and autonomous systems could have on the delivery of Sustainable Development Goals. It involved more than 100 experts from around the world, including 44 experts from low- and middle-income countries.

Lead Author, Dr Solène Guenat began the research while at Leed University’s Sustainability Research Institute. She is now at the Institute for Landscape Planning and Ecology of the University of Stuttgart. The research was carried out as part of Leeds’ Self Repairing Cities project. The project, which concluded in 2021, aimed to enable robots and autonomous systems to maintain urban infrastructure without causing disruption to the people who live and work there.

Researchers recruited 102 experts in either robotics and autonomous systems and/or the SDGs to participate in online surveys, group discussions and workshops to identify positive and negative impacts robotics could have on delivering the SDGs. However, some of the findings are more surprising than others.

Meeting SDGs with the use of robotics and autonomous systems

The research identified a number of opportunities for robotics to replace human activities, for example taking over manual tasks deemed too dangerous, repetitive, or for which labour cannot be found.

The technology’s ability to assist in human activities was also deemed positive, with researchers highlighting an opportunity for assistive autonomous robotics to work hand-in-hand with humans to facilitate activities in the public and private work environment.

The ability of this kind of technology to foster innovation was found to be another positive. Researchers predict that advances in robotics and autonomous systems will not only speed up research and development but improve collaborations.

Another big plus point for this technology is the access it provides. The report states that autonomous transport systems, including drones, facilitate access to remote and/or dangerous areas, ease distance communication, improve supply chains, and transform current modes of transport.

The research also found that robotics and autonomous systems improve monitoring for decision-making. Automatic data collection will be used increasingly widely with speed and accuracy and will influence decision-making.

Autonomous systems will be unaffordable for most countries and governments, rejected by some due to negative perceptions, and decrease the need for low-skilled labour, which reinforces gender and global inequalities.

Another area of concern was the impact of these technologies on the environment through the use of resources needed for their production, the pollution created by their use and disposal, the landscape simplification they will require, and the disturbance of ecosystems they will provoke.

What’s more, they will require large amounts of financial resources to be implemented widely and competition for resources will put other proof-tested measures at risk, especially where goals address socio-political issues, said researchers.

The report also warns that a robust and regulatory framework around robotics and autonomous systems use and ownership of the data they collect will not be developed in time, leading to ethical issues and increasing the risk of reinforcing inequalities and negative environmental impact.

Robotics and autonomous systems: yes, no or maybe?

However, the future overall impact of robotics and autonomous systems on achieving the SDGs was acknowledged to be hard to predict, especially for goals dealing with inequalities.

Study co-author Professor Martin Dallimer from the School of Earth and Environment at Leeds and the Sustainability Research Institute said: “There are already promising ways to mitigate some of the identified threats robotics and autonomous systems could present.

“For example, with issues regarding inequalities, there is a clear need to empower more women and those from diverse backgrounds to engage with robotics development.

“This, along with greater engagement by engineers with sustainable development professionals would ensure that robotics and autonomous systems are developed and deployed while respecting the needs of multiple different groups.

“Indeed, appropriate mitigation measures to counter the potential negative impacts of robotics and autonomous systems would, by their very nature, contribute to achieving Sustainable Development Goals.”

Study co-author Professor Phil Purnell from the School of Civil Engineering at Leeds and Principal Investigator on the Self Repairing Cities projects said: “Regulatory processes developed in parallel with emerging new technologies are needed to ensure appropriate robotics and autonomous systems.

“Although the full impact of robotics and autonomous systems across the Sustainable Development Goals are hard to predict, inclusion of robotics in future iterations of the goals will be essential to avoid detrimental and unintended consequences while realising the opportunities they offer.”