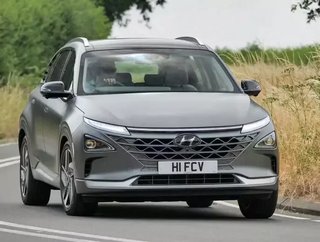 A report published on 9 January 2020 revealed that the hydrogen fuel cell sector experienced its best year so far in 2019, with global capacity reaching...

A report published on 9 January 2020 revealed that the hydrogen fuel cell sector experienced its best year so far in 2019, with global capacity reaching 1GW.

Spearheading the market are car manufacturers Toyota and Hyundai, accounting for approximately 66% of the total capacity.

Toyota’s entry into hydrogen powered cars is the Mirai: the world’s first mass-produced hydrogen fuel cell vehicle, the result of “more than 20 years of intensive research and rigorous testing”. Able to accelerate from 0-62mph in 9.6sec and with a top speed of 111mph, the Mirai has a range of 312 miles and possesses more power than the company’s previous hybrid offering: the Prius.

The Hyundai NEXO has a similar spec to the Mirai in terms of speed and acceleration (111mph and 9.5sec respectively), but with a longer range of 414 miles. The company also provides details on the cutting-edge associated technology that makes the NEXO viable, such as its “second generation fuel cell [which] has the world’s highest system efficiency, consuming as little as 1kg of hydrogen per 100km”. Hyundai also describes the impressive refuelling system for the vehicle: a 700 bar nozzle can refuel the hydrogen tanks in roughly five minutes, much faster than the 20-30mins achievable by the fastest rapid chargers for EVs.

The benefits of hydrogen fuel cells

Abundance: As the most plentiful element on Earth, hydrogen doesn’t have an issue of scarcity as a resource. In addition to obvious sources such as water, it can also be found in plants and other organic matter, as well as a byproduct of energy production (both renewable and non-renewable).

Similarity to traditional fuels: Although EVs are quickly catching up with the power and range of internal combustion engines, hydrogen fuel cells are already capable of reproducing an output on par with petrol/diesel. However, unlike internal combustion, hydrogen fuel cells do not create power by burning fuel, but rather by inducing a chemical reaction between the hydrogen-rich fuel and the anode/cathode of the vehicle’s battery. Also, because there are no moving parts, there is no need to lubricate the engine regularly with oil and the fuel cell will enable almost double the efficiency of combustibles.

Truly clean power: While petrol and diesel engines produce carbon dioxide and nitrogen as waste products, hydrogen fuel cells have only one waste product: water. Since the battery will run for as long as the fuel lasts there is also no requirement to recharge with conventional electricity, as with EVs. Combined with sustainable sourcing from renewable energy producers, hydrogen has the potential to dramatically reduce CO2 emissions in the energy sector worldwide.