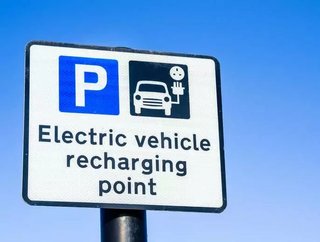 The UK government has doubled its funding for on-street electric vehicle (EV) charging infrastructure in the latest move for its Road to Zero strategy w...

The UK government has doubled its funding for on-street electric vehicle (EV) charging infrastructure in the latest move for its Road to Zero strategy which aims to set the UK’s net transport-based emissions at zero by 2050.

£2.5mn has been added to the coffers for chargepoints on residential streets, capable of funding 1,000 such stations across the UK.

The limited distribution of chargepoints is a major barrier to mainstream adoption of EVs around the world, but steps are certainly being taken to ensure that the UK has the necessary infrastructure to cater to its transport sustainability plans.

By 2040, the government aims to have all new cars and vans be “effectively zero emission”, while a ban on the sale of fossil fuel-based cars and vans will be enacted by the same year.

Investment for the Road to Zero strategy thus far sits at around £1.5bn, £37mn of which is being invested in British engineering projects that aim to supercharge the development of innovative chargepoint solutions.

In its 12 August press release on the matter, the government said underground charging systems, solar-powered charging forecourts, and even wireless EV charging projects have each received developmental funding.

“It’s fantastic that there are now more than 20,000 publicly accessible chargepoints and double the number of electric vehicle chargepoints than petrol stations, but we want to do much more,” said Grant Shapps, UK Transport Secretary, in the press release.

“It’s vital that electric vehicle drivers feel confident about the availability of chargepoints near their homes, and that charging an electric car is seen as easy as plugging in a smartphone.

“That’s why we are now doubling the funding available for local authorities to continue building the infrastructure we need to super-charge the zero emission revolution – right across the country.”