View Full Report
The paradox of agriculture is how to produce more with less environmental and climate impact: we talk with Bayer's head of sustainability

With a turnover of more than €40bn and a million employees, Bayer is a giant by any standards. Its Crop Sciences Division has grown alongside the traditional pharmaceutical business since it was launched in 2002, particularly since its acquisition of its American rival Monsanto. At that time, Chairman Werner Baumann asserted: “Our sustainability targets are as important to us as our financial targets,” a bold statement but a commitment all companies are having to take on in the new reality that's developed around climate change, biodiversity and population growth awareness. Agribusiness is especially under pressure to change and adapt to the sometimes conflicting pressures from the environmental lobby, the urgent need to feed ever growing populations and (frequently misinformed) public perception fuelled by social media or the press.

That's part of the reason why Klaus Kunz, Head of Sustainability and Business Stewardship at Bayer Crop Science, has one of the most demanding jobs in this sector. He's been with Bayer for ten years, in his present job for the last three and a half leading sustainability initiatives and before that leading on compliance and regulatory issues. Thus he played a big part in formulating Bayer's three part commitment made in 2019, a rethink of Bayer's strategy following the Monsanto acquisition:

Reaching these goals will not solve the problem, he admits, and it's not yet clear exactly how they'll be met, but he says that setting high standards is an essential step on the road to transformative change. “The strategy shift was a clear statement, and a clear commitment to place sustainability at the core of our business in the future. I have seen massive changes in recent years and I'm really happy to have had the opportunity to contribute to those changes.”

At Bayer, sustainability now has taken centre stage, delinked perhaps from corporate affairs and PR motivations. Now it is linked to impact, he says: “If you want sustainability to create an impact, you have to embed it in the business. There's no other way to do it. We and our competitors used to say our driver was to feed the world. Nothing wrong with helping farmers to improve their yield, but we have a lot of customers in the Americas and Europe among large-scale farmers, but if you say you want to make a contribution to feed the world, you need to focus also on smaller growers in low- and middle-income countries.” Part of the strategic shift was to acknowledge that food security is a huge concern in much of the world, and that to make an impact here and be more inclusive of smallholders would involve huge investment: hence the commitment to improve the lot of 100m of these small farmers. Bayer already has a strong presence in that market but it is far from the aspired target.

However, particularly in Europe, there's growing concern about the impact of farming on biodiversity loss, greenhouse gas emissions, GMOs and the like. “We know agriculture plays a significant part in climate change, so we must talk about how to produce more and reduce the environmental impact of crop protection at the same time. Up till 2018 our industry was not very vocal about this, which is why we committed to reducing greenhouse gas emissions on our customers’ fields and the impact of our crop protection products by 30% until 2030.”

So how to produce more and preserve better? Klaus Kunz is emphatic that a key tool will be better technology. “We believe there are disruptive technologies on the rise – it's about digital agriculture, precision application of crop protection to reduce volumes, and new breeding technologies which will open new opportunities to grow stronger plants.” With the help of his dedicated sustainability team and a growing sustainability network inside the company he has lined up a programme of work, first making sure that all the business units across the world know, understand and engage with the strategy.

So far the most spectacular step was to engage farmers with the concept of 'climate smart agriculture', the economic part of the equation, and this he finds truly exciting and innovative. “We want to incentivise growers for carbon sequestration, for a way of doing agriculture which helps to reduce emissions or even to put carbon back into the soil. We saw an opportunity to create business value from doing things more sustainably.” Many companies have set carbon neutral targets. Bayer's is 2030 – but many companies cannot become fully carbon neutral and stay in business too, so their route is to offset – to buy carbon credits from businesses that are able to do more. Farmers are a case in point: they grow plants that absorb carbon dioxide and put it back into the soil. This gives them a potential second revenue stream or financial asset in addition to the market value of their crop. This asset needs to be science-based, he says, and verifiable by an independent ISO accredited third-party verifier, and the credits gained traded on the market like any other asset.

Alongside offsetting the 'insetting pathway' is just as important for Bayer. Bayer is not alone in its quest to become carbon-neutral by 2030, not only through its own operations but also its supply chain. “Take the example of the big food distributors like Cargill and Metro: their supply chain is mainly the growers and it's in their interests, too, to incentivise the farmers. So both through offsetting and insetting farmers will find an opportunity in the future if they change their approach, and face a disadvantage if they don't. We are here to help them.”

Bayer is taking great strides expanding its sustainable initiatives. “I think the most spectacular steps forward were our first pilots in the area of climate-smart agriculture. We want to incentivise growers for carbon sequestration and for a way of doing agriculture which helps to reduce emissions or even put carbon back into the soil. We already have our Carbon Initiative running in Brazil and the USA, and this year we rolled it out to seven countries in Europe.” The principal aim is to reward growers for adopting climate-smart farming practices like using cover crops, tillage reduction, crop rotations and precision nitrogen application. These activities sequester carbon in the soil while improving soil health, resilience and productivity as well as limit emissions. 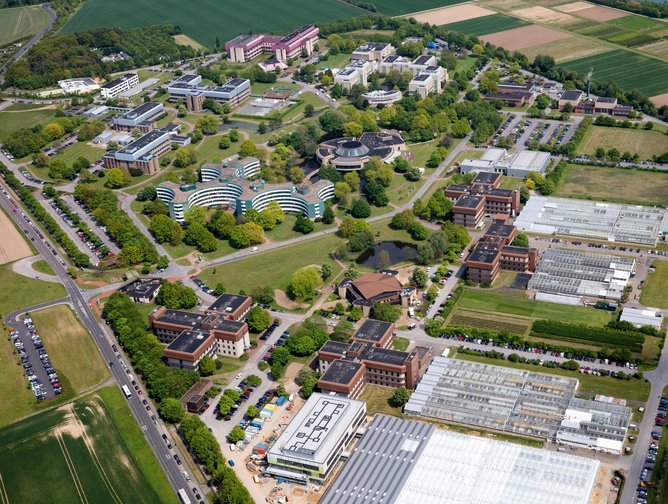