COP27: An overview of this year’s achievements in Egypt 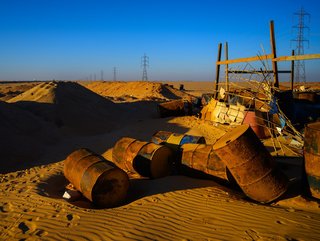 While the measures taken to address loss and damages are laudable, many still see the event as lacking in terms of addressing fossil fuel reliance

The 27th iteration of the United Nations Climate Conference has completed in Sharm El Sheikh, Egypt after being extended by two days in a last-minute flurry to get a resolution passed and make all the effort worthwhile. While it is already being called by some the most significant climate accord since Paris in 2015, ultimately it was a mixed bag with some people wanting more.

The biggest news of the event was an agreement on loss and damage, which is the notion that rich, developed countries – by far the world’s largest emitters – pay poorer countries for damages incurred as a result of the changing climate.

This deal was seen as monumental as it’s something that less developed countries – who more often than not bear the brunt of floods and droughts – have been advocating for thirty years.

There are still questions surrounding this year’s resolution. For instance, what criteria will prompt a payout from these wealthier nations? How are the wealthy nations going to raise the money and integrate the deal into their own budgets.

And will it be enough? The entire European Union has offered a €60m contribution, but the floods that ravaged Pakistan earlier this year caused $30bn in damage.

Still, the measure is considered to be the greatest success story from this year’s COP.

Still more to do

Many, though, claimed that this year’s achievements were nowhere near enough to make significant headway towards lowering CO2 in the atmosphere to safe levels.

Many countries were hoping that there would be a binding resolution to begin to phase out fossil fuels. This was never agreed upon, and, meanwhile gas exploration continues apace.

The fossil fuel industry itself was more on show this year, with delegates from this sector up 25% over the year before, a fact which caused the ire of many.

Further to this problem, many African nations used the event as an opportunity to advertise fossil fuel initiatives in their own countries.

The fight to come to an agreement to phase out the use of fossil fuels will almost certainly be a hot button issue in coming climate conferences.

COP28 is due to take place next year in Dubai.