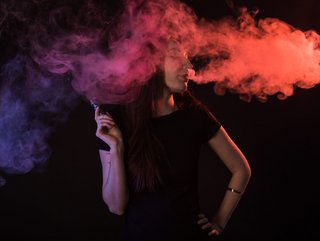 Using the excuse that it's not smoking, vaping is trending among young people, who are unaware that it is damaging both to health and to the environment

Vaping seems to be everywhere, with vape shops popping up everywhere you look and studies suggesting that the practice has overtaken both drinking and smoking among young people.

Vaping, originally seen as a smoking alternative intended to help consumers cut their tobacco dependency, has become its own culture. More people than ever are adopting the habit with e-cigarette usage among American youth having increased by 1,800% in 2022.

An e-cigarette, sometimes also known as an Electronic Nicotine Delivery System (ENDS), is a device that heats a nicotine containing liquid into an aerosol that can be inhaled, much like smoke from a cigarette. The devices come in many different forms, including single-use or refillable, and have many different types of flavours and designs.

Though the harmful effects of smoking are well-known, many consumers are unaware of the health risks posed by habitual vaping. However, a still very hidden aspect of the industry is that growing and using tobacco products has an exceptionally negative impact on the environment as well.

Why is vaping a problem for the environment?

Many people don’t know that growing tobacco is one of the most environmentally damaging agricultural activities in the world. In 2020 the industry released as much as 80 million tonnes of CO2 into the atmosphere. That’s more than Afghanistan, Croatia and Denmark combined.

Tobacco in its raw form is toxic to the environment, and to the people growing it, before it even reaches shelves. Of course, it is filled with chemicals, such as, hydrogen cyanide, formaldehyde, lead, arsenic, ammonia, as well as many others.

Though CO2 emissions are a huge problem in the tobacco industry, growing tobacco is also hard on the environment. Firstly, it requires huge swathes of land in order to produce enough for farmers to make a living wage, meaning that it both contributes to deforestation and steals fertile land that could be used for food production.

Because tobacco is grown in monocultures, it requires high doses of pesticides, which are toxic and leach into groundwater making it unfit for human or animal consumption. High use of pesticides also affects soil quality, meaning that the ground becomes much less fertile over time.

Due to deforestation, habitats are destroyed, leading to lack of biodiversity, which has an adverse effect on the ecosystem in the area. The growing of tobacco not only steals from the environment through destruction of habitat and soil nutrients, but it also makes the land and surrounding areas toxic for the people and animals who live there.

Tobacco growing has a huge impact on the people growing it, often being produced in developing countries where safe working conditions are not enforced. Workers producing tobacco, without adequate access to PPE, are exposed to toxic pesticides or green tobacco sickness (GTS), which is caused by wet tobacco leaves.

Tobacco farms are also notorious for using child labour, with children being most affected by GTS, and the industry shows no intentions of stamping out this practice within their supply chains. Soil degradation, damage to biodiversity, and tainting of water sources, make the land unsuitable for farming, which impacts countries already suffering with food insecurity.

Further to this, vaping products are marketed towards young people, much in the same way that cigarettes were marketed after the war, with the tobacco industry eager to convert new customers. Vaping is a marginally better alternative to smoking, but no one should be under any illusions that it is safe.

There are severe health implications associated with vaping, which are comparable to smoking, as well as many potential problems that are as yet unstudied. Unfortunately, young people are adopting the habit at alarming rates, many of whom had never smoked previously.

Vaping waste could be worse than cigarettes

A major problem of the tobacco industry is post-consumer waste, with cigarette butts being the most littered item in the world. These are usually made of non-biodegradable materials that can be consumed by animals or leach chemicals into bodies of water. A study by the Truth Initiative found that a single cigarette butt was toxic enough to kill 50% of any marine life exposed to it for up to 96 hours.

Vaping equipment is not only toxic, it also has the added bonus of including technological waste, such  as plastics and batteries, which end up in landfills. There is no concerted effort to recycle ENDS devices, many of which aren’t reusable, and almost half of users don’t know what to do with them after they’re finished.

Lithium-ion batteries alone are considered hazardous waste that require specific disposal methods, not to mention the pods, casing and heating elements. Yet, the tobacco industry doesn’t address this, instead spinning the idea that vaping saves the environment by reducing cigarette waste, when e-cigarette waste is far more damaging.

As with many emerging industries, vaping is not currently well regulated, meaning defective products have been able to enter the market. Poorly designed ENDS devices have reportedly exploded due to the batteries overheating, causing life-changing injuries and, in extreme cases, death.

The gentler nature of vaping, versus smoking, leaves people more prone to overconsumption, which has both health implications, as well as causing behavioural issues. The effects are particularly adverse for adolescents, increasing rates of anxiety, depression, and exacerbating ADHD symptoms.

There have been health issues associated specifically with vaping, such as the condition known as ‘popcorn lung’ caused by the inhalation of additives like diacetyl, which is used to give foods a buttery flavour. Though these additives are not legal in the UK and EU, the effects of other additives in vape liquids are not well known and pose significant risks to health.

Vaping is a growing problem, very likely due to the fact that the majority of people doing it think it is a safer option than smoking. All around vaping culture is detrimental to both health and the environment, and just like smoking, needs to be left in the past.