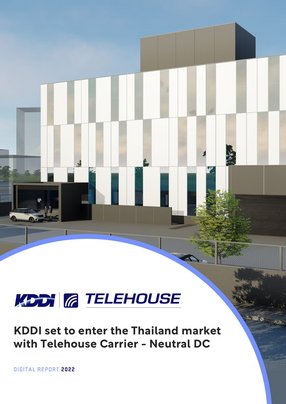 “Imagine that you live in a city where you could enjoy all of your daily activities and entertainment in one place without going out of town, such as a shopping mall or amusement park. The concept of a carrier neutral data centre (DC) is the same” says Manabu Takagi, General Manager of KDDI Telehouse, Global Data Center Business.

Carrier-Neutral DCs are a  breed of DC architecture that resolve connectivity issues that can transpire from being attached to more conventional data centres.

‘With multiple connectivity partners located in a carrier-neutral DC, customers can obtain all the connectivity services they need - such as internet services - from service providers within the DC. They also benefit from the low latency, greater efficiency and reliability, and greater flexibility that the DC environment can offer’ he says.

The obvious implication is that data centres lacking  carrier neutrality can suffer from the limitations that KDDI Telehouse is providing solutions for.

Data centres that are ‘carrier-biased’ can restrict their users to just  a single connectivity service, having to venture out of their remote digital villages to access their limited digital services, which can be inconvenient, costly and even risky.

KDDI Telehouse solves this problem by allowing its clients the freedom to quickly shift between the multiple services available to their customers within their carrier neutral network.

“Moreover,” says Manabu Takagi, “carrier-neutral DCs can increase speed to market by enabling connections to providers quickly and creating strategic networks with customers to improve their service offerings. Customers can therefore enjoy the rich connectivity and flourish in this DC ‘city’.”

Before joining KDDI Telehouse, Takagi worked with a consulting firm - one of the Big Four, plus another firm specialising in DC’s - and has had over 10 years of experience in the data centre industry. He joined KDDI in 2017 as Strategic Planning Manager.

KDDI Telehouse opened its first data centre in New York in 1989, initially providing services for Japanese banks and trading companies. They gradually expanded their global footprint as a result of increased demand in the market.

Takagi says,“the growth of public cloud has changed the market significantly and they have changed their strategy accordingly, to focus on building interconnection hubs in key and upcoming data centre markets”.

Telehouse has already made significant strides towards achieving these targets with 70% of its energy resources being converted into renewable energy.

“For the countries where renewable energy is not yet in place,” Takagi explains, “we will gradually promote carbon neutralisation by offsetting CO2.”

“As a data centre operator that both owns and operates its facilities, we have been working to reduce our energy consumption related to carbon neutral conversion, and this energy saving is directly related to the design and construction stages right through to operations."

“One of our key strengths consists of highly efficient data centres with low PuE (Power usage Effectiveness),” he says. “One of our flagship data centres, Telehouse North Two -  located  in London and launched 5 years’ ago - was designed and built to world-class standards to deliver low PuE by incorporating the world’s first multi-story adiabatic cooling system.”

KDDI Telehouse’s reach is truly global, with 100 offices located in 60 major cities between them. Speaking of their European data centre operations, Takagi says:  “We have presence in London, Paris and Frankfurt, operating our most connected data centre campuses out of London and Paris.”

They opened their first data centre building, Telehouse North, at Telehouse, London Docklands in 1989. It was the first purpose-built carrier-neutral data centre in Europe at that time. Since then, their London Docklands campus has developed to become a leading connectivity hub in London.

This was a result of relationships developed with partners such as The London Internet Exchange (LINX), one of the largest internet exchanges in the world, which made Telehouse London Docklands its primary home more than 25 years ago.

The London Docklands campus provides access to more than 500 carriers/ISPs, as well as direct access to AWS and Microsoft Azure.

In addition to the existing four data centre buildings in London, they are set to further expand the campus and open a new building, Telehouse South, in March this year in response to increasing demand in the London market.

Takagi says: “Just outside of Paris, we have another data centre, Telehouse Magny-Les-Hameaux, offering 66,000 sqm of floor space, which is a good fit for the customers expecting future space growth. The Magny campus is strategically positioned as a site that can connect back to our Voltaire campus through a dark fibre network between the two campuses.”

In 2020, they also expanded their data centre services in Frankfurt, with the addition of a fifth building at the Telehouse Frankfurt campus. The space was quickly filled thanks to customer demand.

Preparing for entry into the Thailand Market

KDDI Telehouse have also just announced their entry into the Thailand market.

KDDI Telehouse has leased a plot in Rama IX, central Bangkok, to leverage the connectivity network of local carriers for its KDDI Telehouse Bangkok facility, with the location close to the financial district in Thailand.

Planning has already begun on the three-story facility, with the initial phase targeted to be completed by Q2 2023.

This facility will provide 4MW of IT power over 32,000 sqm of space when complete. KDDI Telehouse has taken full equity ownership of its enterprise in Thailand, where the business is 100% owned by KDDI group, including its subsidiary in Singapore and Thailand.

“We firmly believe that the timing is right to enter Thailand,” Takagi says . “While many data centre operators have ambitious plans to build large, wholesale facilities around the Asia-Pacific region, KDDI Telehouse intends to offer a well-connected, carrier-neutral data centre on an international scale.”

Thailand is historically a tourism and manufacturing hub, so Bangkok has not really featured in the data centre market until recently, when accelerated digitalization in the wake of the pandemic has brought cloud providers’ attention to the market and highlighted its potential.

A key issue faced by international customers that own network nodes in APAC is the lack of pure carrier-neutral data centres in the market, including Bangkok.

Although US hyperscalers have yet to clearly indicate plans to set up cloud regions in Southeast Asia, KDDI Telehouse’s interconnection services may well boost the market’s attractiveness to international cloud providers, as well as to other firms that are only just noticing the market’s potential.

“One of my responsibilities,” Takagi explains,is business development, which is to expand our data centre footprint in regions such as Thailand. We have been exploring opportunities in several markets around the world. In Thailand, we entered the market with full-ownership of our data centre business and there are no restrictions on the form of entry. Our aim is to utilise the appropriate model for each market and to develop the right partnerships.”

In terms of KDDI Telehouse’s ethos, he says: “We will continue to put our customers first, expand steadily and provide data centres with the highest level of connectivity in the market, without being influenced by the external environment.”

Commenting on future trends in the industry, Takagi says:  “As for data centre operators, I believe that the corporate value of data centres, such as EBITDA, will continue to be around 20-25. Boosted by this situation and the perspective of a long-term capital investment business, there may be a new form of business that sells out after launch.”

“However, I don’t think there will be any major movements, such as player changes, which happened in the last 3-5 years.”

He predicts that Thailand could hold the key to solving South East Asia’s digital traffic problem.

Thailand is geopolitically located at the center of Southeast Asia, and is the midpoint for traffic and Internet traffic, including submarine cables and land routes.

Suppose a cloud region or an alternative function is installed in Thailand. In that case, the route will shift to away from Singapore, and consequently Telecom carriers and NW managers in Southeast Asia will consider further strategic changes to the architecture to provide a better service.

Considering Tier 2 or 3 data centre markets, such as those in emerging countries where the entry of cloud players is expected, KDDI Telehouse’s prediction is that fierce competition between local operators and global players will occur with the aim of expanding scale, especially for hyperscale data centres.

KDDI Telehouse has achieved considerable success with its network-dense data centers in developed markets such as London, and it hopes to replicate a similar business model in Bangkok.

They have worked closely with telco carriers in other markets, and the liberalised Telco sector in Thailand offers a friendly environment for the firm to pursue this business model.

‘We believe that our interconnection services may well boost the market’s attractiveness to international cloud providers and other firms that are only just noticing the market’s potential’ says Takagii, ‘as it is in its early days and has yet to experience the scale of growth seen in Indonesia’.

In view of this Takagi predicts that “interconnected data centre demand is likely to grow in emerging data centre cities.” 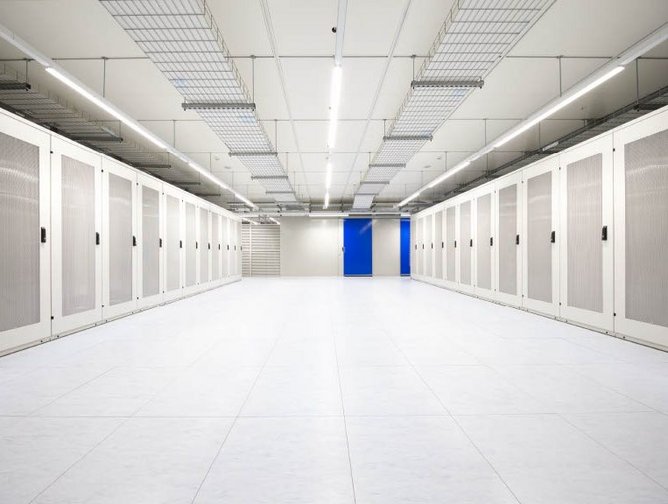 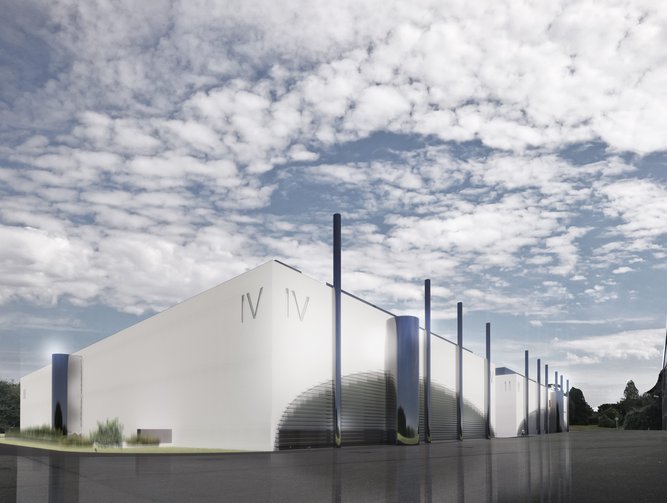 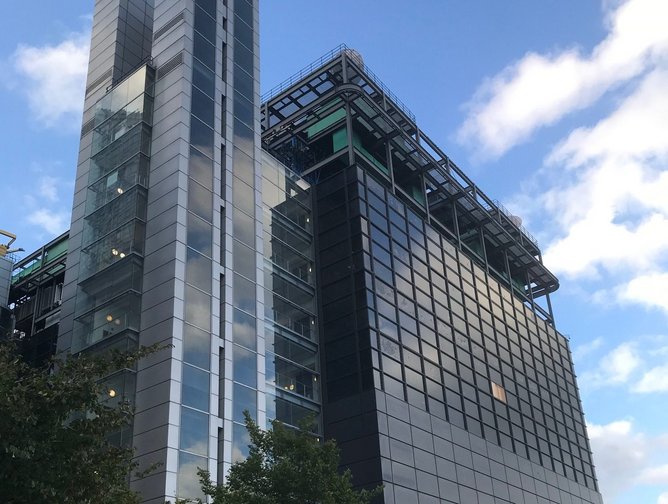 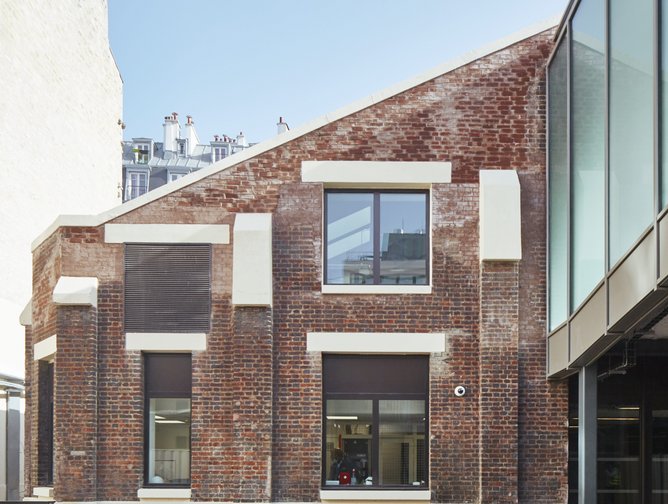 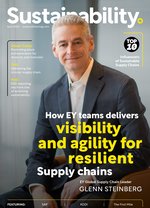