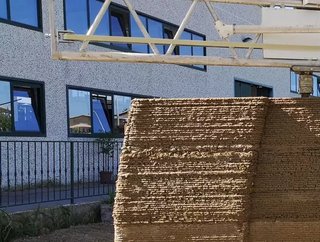 Cement produces 8% of global CO2 emissions, but there are alternatives for buildings, including 3D printed houses which use clay and soil

For those businesses looking to reduce their carbon footprint, consider building the next office block a little differently. Use sustainable ingredients, such as clay or even soil.

Sounds like a 21st century version of The Three Little Pigs? It’s a very real idea to seriously reduce the CO2 emissions produced from the creation of cement used in buildings, which totals 8% of global CO2 emissions - more than that produced by aviation fuel.

Why does cement produce so much CO2?

First of all, there are two words here which can sometimes be used interchangeably, but are different: concrete and cement.

By 2030, cement production across the world is expected to increase to 4bn tones. This is along with the growing human population, which will need shelter and infrastructure.

The environmental problems caused by cement are:

Cement is a pollutant the planet can do without, but what are the other options for buildings?

3D printed houses are an alternative to cement

In 2017, US start-up Apris Cor 3D printed a whole house within 24 hours, but this involved concrete.

Italian architect, Mario Cucinella, got his hands dirty with an innovative idea: a 3D printed house made from a more sustainable ingredient: clay, which is called a TECLA.

A TECLA is zero-waste and even biodegradable dwelling, built with a small 3D printing Wasp crane. It is designed to provide for the expanding population as well as to safeguard the environment, to combine an old material with a new technology.

“We matched the idea of an old material with a new technology, 3D printing - and we can create a house from clay,” Mario Cucinella told Sky News. “Maybe the future is also to look at our past, maybe the next city can be a green city made from clay!