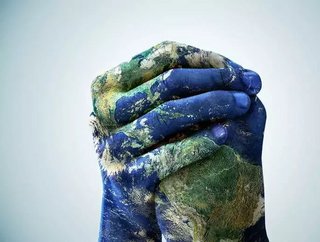 In Europe, there is no lack of politicians, corporations and individuals eager to address Earth’s climate change crisis.However, there is a shortage...

In Europe, there is no lack of politicians, corporations and individuals eager to address Earth’s climate change crisis.

However, there is a shortage of practical plans and consensus on how to get the job done. The situation and its solutions have been oversimplified.

The European Green Deal aims to achieve carbon neutrality by 2050. It’s an admirable goal. Yet emissions already in the atmosphere could heat the Earth by another 0.5° C, enough to reach the 1.5° C threshold beyond which the damage will likely be “irreversible” according to the Intergovernmental Panel on Climate Change (IPCC). Carbon zero or not, existing anthropogenic emissions will “persist from century to millennia” causing “long-term changes in the climate system”, the IPCC warns.

Thus, carbon neutrality is not good enough. We must pursue negative emissions. The Green Deal calls for mobilising €1 trillion worth of investments to combat climate change over the next 10 years. How the EU allocates—or misallocates—those funds will shape the outcome of our climate crisis.

So, my goal here is threefold. First, let’s reframe the science of climate change such that true solutions shape the Green Deal. Second, let’s discuss how best to prioritise decarbonisation and investments in negative emission technologies (NETs). And third, let’s assess how NETs fit into a broader climate action plan. If the Green Deal is our “man on the moon moment”, as European Commission President Ursula von der Leyen insists, we better get it right the first time.

In 2013, atmospheric carbon dioxide levels surpassed 400 parts per million (ppm) for the first time in at least 800,000 years. It prompted some scientists to ask: how does our carbon cycle really work? How does our planet deal with this extra C02?

The “Global Carbon Budget 2018” study led by Professor Corinne Le Quéré from the University of East Anglia is instructive. It argues that the Earth has four natural “sinks” that store C02. The oceans, thanks largely to photosynthetic algae, contain up to 147,000 gigatons (GT) of CO2. Soils hold 19,000 GT, the atmosphere cumulated 3,100 GT, and land-based vegetation another 2,000 GT.

But each year, fossil fuel emissions add 34.5 GT of CO2 to the system, and land-use changes add 5.5 GT. Our terrestrial and oceanic sinks capture 11.7 and 8.8 GT respectively, leaving a net 17.2 GT in the atmosphere (some carbon is still unaccounted for).

Most climate initiatives, including the Green Deal, focus on one side of the equation: reducing emissions and minimising land-use changes. Leading research suggests that we should focus equally on carbon sinks. Within the four broad categories—ocean, soils, atmosphere, and vegetation—there are natural sinks to be enhanced, as well as human-engineered and hybrid approaches to be deployed.

Given such a complex system and so many competitive options for augmenting it, where do we even begin? What are the risks of attempting to change an already corrupted carbon cycle? Such questions have paralysed governments and stoked fears about “playing God” in Earth’s delicate ecosystem.

Natural sinks are enticing, especially in Europe, because “natural” sounds non-invasive and harmless. It may imply, too, that major industries won’t have to change their operations too dramatically. They can just plant some trees and carry on, right?

Four natural and hybrid NETs—afforestation and reforestation, changes in forest management, uptake and storage by agricultural soils, and bioenergy with carbon capture and sequestration (BECCS)—cost less than US$100 per ton of CO2. That’s quite reasonable if the social cost of CO2 is $417 per ton globally.

However, a thorough investigation by the U.S. National Academies of Sciences, Engineering, and Medicine (NAS) found that these natural NETs are flawed, underdeveloped, and underfunded. Many conflict with each other and with the United Nation’s Sustainable Development Goals.

Afforestation and reforestation, for instance, would take up land otherwise used to create biomass for BECCS. Repurposing agricultural land for BECCS feedstocks and forestation could reduce food availability and increase prices, disproportionately hurting the poor and eliminating agricultural carbon sinks. Climate change already has had adverse effects on food production. Moreover, BECCS would hurt biodiversity if we converted protected or pristine land into biomass feedstocks.

These conflicts aside, the other issue with natural sinks is their permanence. We could reforest abandoned agricultural land in Europe at a cost of less than $100 per ton of CO2. But Europe lost more than 336,000 hectares of forest to wildfires in 2019 alone. Some approaches to fighting climate change are too susceptible to climate change.

The Case for Industry First

While some natural sinks have potential, they avoid the cause of our crisis. Industrial activities—including mining, cement production, steelmaking, heat and electricity generation, chemicals, and oil and gas—account for a combined 38% of global CO2 emissions. If the cement industry were a country, it would be the world’s third-largest emitter. If there is any economic sector where decarbonization can contribute to a European Green Deal, industry is it.

Most readers will be familiar with two types of industrial carbon capture: point source capture from the end of a smokestack and direct air capture, which can be done anywhere. At scale, point source capture could reach a price point as low as $30 USD per ton, whereas direct air capture is still orders of magnitude more expensive. EU policymakers could tax carbon such that capturing and reusing it is cheaper than emitting it. But what do we do with captured CO2 and how do we power these energy-hungry processes?

A market approach would be to capture C02 from one vertical—say, cement production—and use it as a feedstock for polymers or fertilisers. The result would be a more circular industrial economy.

Is there enough demand, though? The International Energy Agency (IEA) calculates that global industry currently uses some 230 million metric tons of C02 per year. The fertiliser industry alone consumes 130 megatons (MT) in its feedstocks, while energy companies use about 70 MT for enhanced oil recovery. In other words, there is about 0.23 GT of industrial demand for existing use cases—not nearly enough.

One scenario from the Global CO2 Initiative suggests that there’s a $1 trillion market opportunity to reuse 7 GT in cement, synthetic fuels, aggregates, polymers, and methanol production. Can carbon capture storage and utilization (CCUS) match that vision, or will we just pump carbon into geological storage and eat the cost as a society?

According to the NAS investigation, a solvent-based direct air capture system would need 10 gigajoules (GJ) of energy to capture one ton of CO2, and a sorbent-based system would need 5 GJ. If about 378 litres of petrol release 13 GJ of energy and one ton of CO2, then, says the NAS, it takes about three-quarters of a tonne of CO2 to scrub one ton via solvent-based direct capture.

Without carbon-zero energy sources, direct air capture would have almost no negative effect on carbon. From the standpoint of reducing emissions, point source capture and the circular economy have more promise, at least for now.

Let’s bring this back to the European Green New Deal. If we’re going to invest €1 trillion in climate measures, we cannot look at technologies in isolation. We cannot merely gain efficiencies in industry, transportation, buildings, and agriculture. And we must not settle with carbon neutrality by 2050.

If the point is to stop climate change, we need to transition off fossil fuels and implement negative emissions technologies in tandem with clean energy. Captured CO2 must become a commoditised raw material, not a waste product. Otherwise, we will have to spend trillions of euros pumping it into geological storage.

Now is the time to evaluate potential climate measures before we misallocate €1 trillion that we cannot get back. If the European Green Deal is the continent’s “moon shot,” we better fly carefully. 8 billion human beings are on board, and our spaceship is planet Earth.