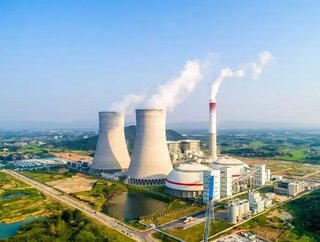 In an effort to develop the next-gen of carbon capture processes, Drax Group and Econic Technologies are exploring CO2’s manufacturing potential. Ann...

In an effort to develop the next-gen of carbon capture processes, Drax Group and Econic Technologies are exploring CO2’s manufacturing potential.

Announcing the news in a press release on its website, Drax believes that the new collaboration will enable oil to be removed from the production of plastics. Instead a catalytic process will utilise carbon captured whilst power is generated at Drax’s powerplant.

A move that could have profound repercussions for the manufacturing and construction industries, the company estimates that Econic’s technology could mitigate a level of CO2 equivalent to four million petrol cars, roughly 20% of the UK’s registered petrol vehicles.

Cleaning up the world

Drax has the distinction of being the first company to announce its ambition to be carbon negative by 2030, when Will Gardiner, CEO, expressed the company’s aim at UN Climate Change Conference (COP 25).

“Having pioneered the use of sustainable biomass, Drax now produces 12% of the UK’s renewable electricity,” he said. “With the right negative emissions policy for BECCS, we can do much more, removing millions of tonnes of emissions from the atmosphere each year.”

“By working with innovative tech companies like Econic and Deep Branch Biotechnology, we are exploring new opportunities for clean growth, which could be critical not only for beating the climate crisis, but also in enabling a just transition, protecting jobs across the North [of England] – delivering for the economy and the environment.”

Opening up the advantages

Econic’s pioneering catalyst will allow pre-determined amounts of captured carbon to replace up to 50% of the fossil-fuels used in polymer production.

With a portfolio of over 30 patents, including polymerisation catalysts and CO2 containing polyols, Econic is keen to diversify and assist in the practical application of its groundbreaking achievements.

Speaking about the importance of securing the company’s advantage in the market, Dr Michael Kember, Co-Founder and Head of Research and Intellectual Property, said on Econic’s website that doing so “allows our customers the freedom to use these technologies in their own business processes, opening up the advantages of CO2-based polyols and materials.